On the side of Hanoi University of Law, the event had witnessed the attendance of Mr. Chu Manh Hung – Party Committee Secretary, Acting President of the University’s Council; Mr. Tran Quang Huy – Executive Vice Principal; and Ms. Vu Thi Lan Anh – Vice Principal. On the side of FLC Group, there was the presence of Mr. Trinh Van Quyet – Chairman of Board of Executives; Mr. Le Thanh Vinh – Standing Vice Chairman of Board of Executives; and Mr. Dang Tat Thang – Standing Vice Chairman of Bamboo Airways. The Signing Ceremony also welcomed a large number of senior officers from Ministry of Justice, Hanoi Law University Council, FLC Group as well as its member companies. 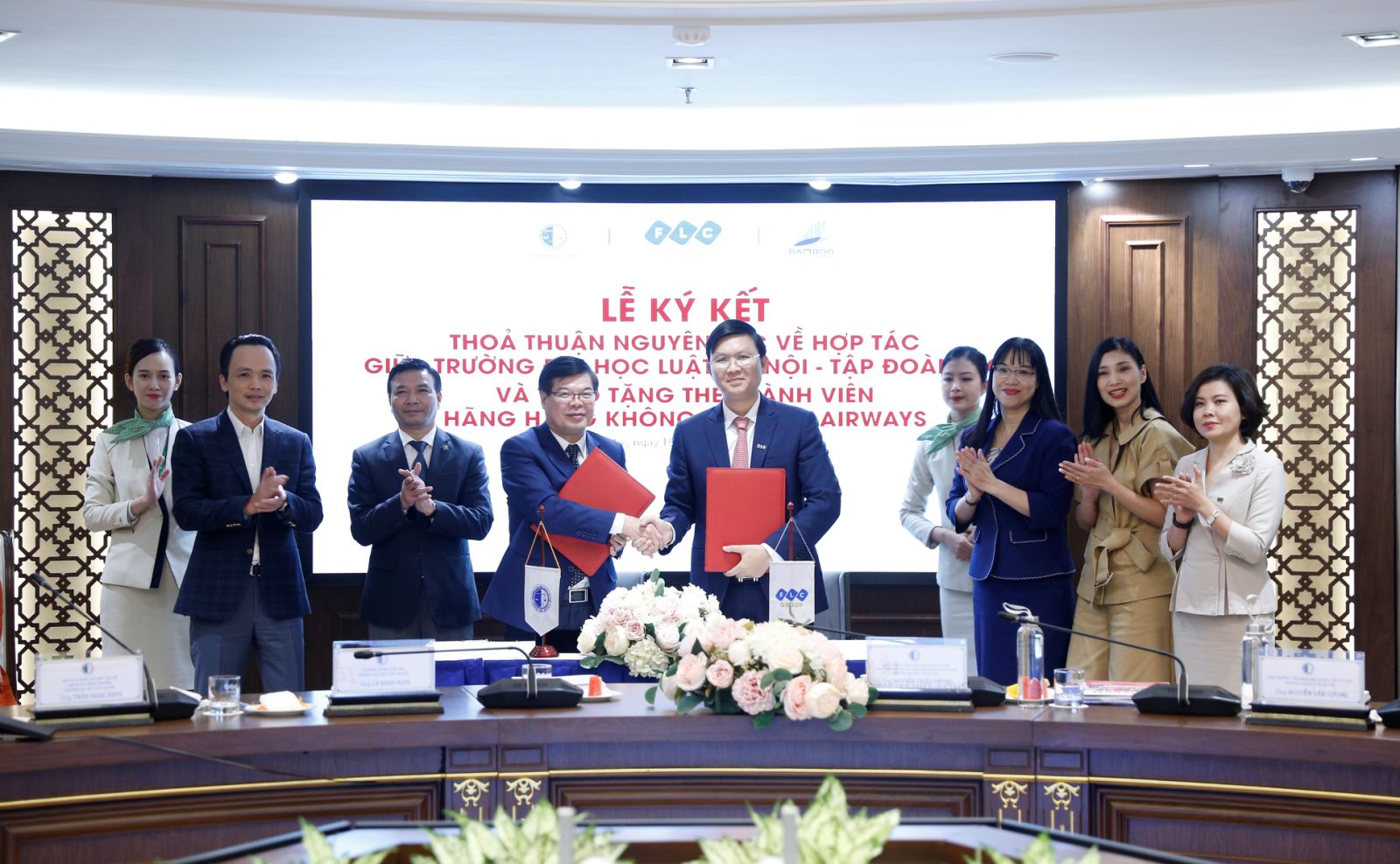 According to the partnership agreement, both the parties will promote the cooperation and support in many primary sectors, such as education and training, scientific research and technology transfer; and assisting the students in terms of scholarships and jobs opportunities.

Following the affirmation on the close connection between different business areas within the multi-sector nature of FLC Group and the operation of Hanoi Law University, Mr. Le Thanh Vinh – Standing Vice Chairman of FLC Group reckoned that this is a crucial foundation from which both the parties can obtain more sustainable partnerships in the future. According to the Vice Chairman, the proactive business environment at an enterprise that has a fierce growth like FLC Group will result in attractive job opportunities for the students of Hanoi Law University, especially in the field of aviation, education, and legislation consultancy.

Sharing the same opinion with the aforementioned indication, Mr. Chu Manh Hung – Party Committee Secretary, Acting President of Hanoi Law University Council also sees Educational Operation – Scientific Research – Technology Transfer as the most appropriate field in which both the parties will cooperate successfully to develop together.

“We hope that FLC Group will be accompanying with the Hanoi Law University and thereby contribute to make the University develop powerfully in respect to the existing targets and orientations”, emphasized Mr. Chu Manh Hung. 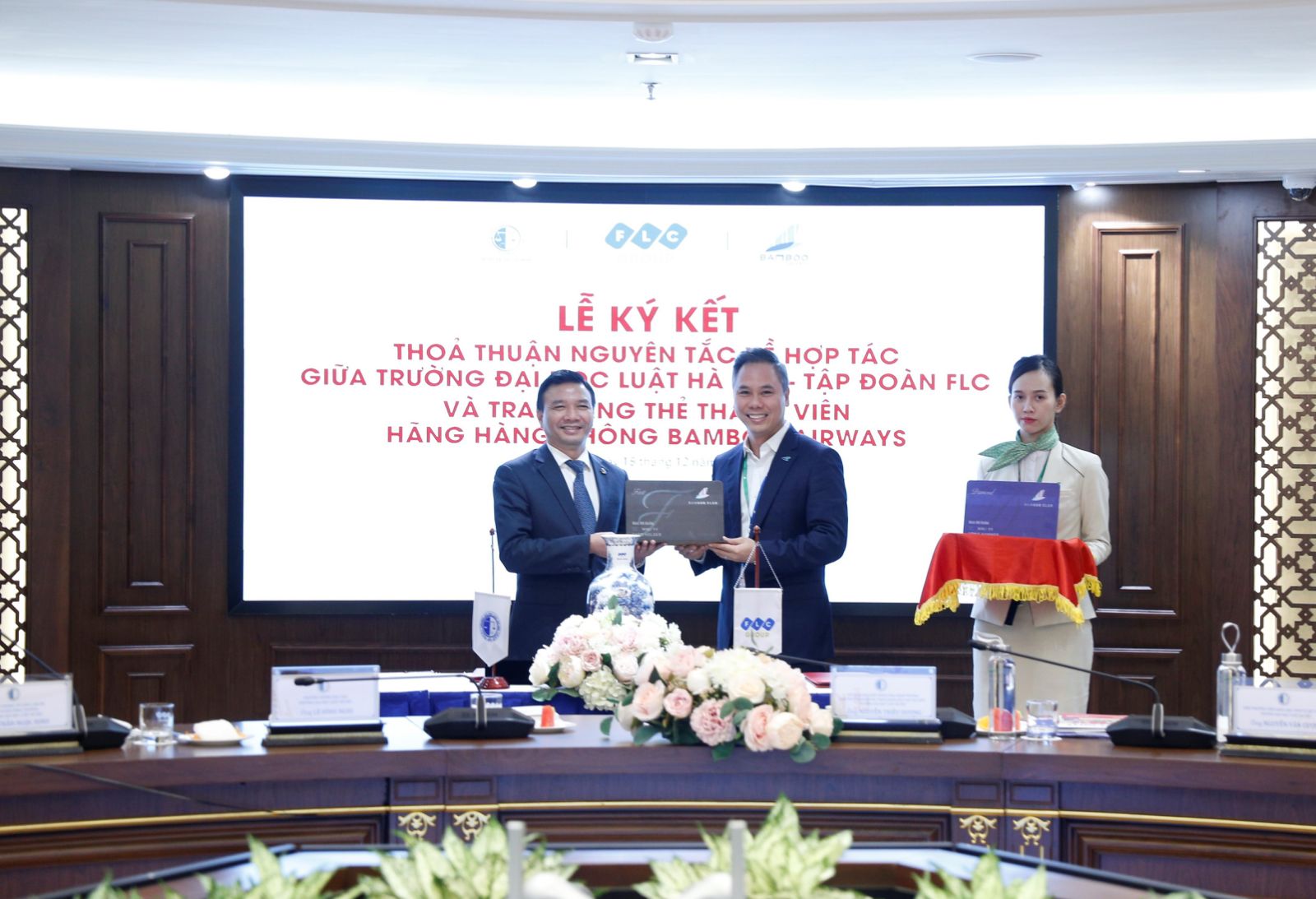 Speaking at the event, Mr. Trinh Van Quyet – Chairman of FLC Group revealed that among 14 top senior officers of FLC Group, there are 9 individuals graduating from Hanoi Law University. This is also the reason why FLC Group always have a desire of being a companion of Hanoi Law University throughout its construction and development process. The official Signing Ceremony today has set a milestone in the exchange and cooperation between the two parties, and correspondingly established a strong relation in order to build up high-quality human resource to serve the need of not only FLC Group but also the social development.