On March 21st 2022, FLC Group and Lao Petroleum Trade Company (PetroTrade) signed a memorandum of understanding (MOU) for the cooperation in the development of Vientiane – Vung Ang railway project under the witness of Mr. Khamjane Vongphosy – Minister of Planning and Investment of Laos, Chairman of Laos – Vietnam Cooperation Committee; Mr. Nguyen Chi Dung – Minister of Planning and Investment of Vietnam, Chairman of Vietnam – Laos Cooperation Committee; Mr. Nguyen Ba Hung – Ambassador Extraordinary and Plenipotentiary of the Socialist Republic of Vietnam in Laos. The event took place in Vientiane (Laos) and was part of the business trip of Vietnam’s Planning and Investment Ministry to Laos from March 21st to March 23rd 2022.

In details, FLC and PetroTrade will carry out necessary activities in support of the investment, construction and development of Vientiane – Vung Ang Railway Project (Section from Vung Ang, Ha Tinh to Cha Lo border gate, Quang Binh). This section, which is of special importance within the entire Vientiane – Vung Ang route, possesses the total investment of approximately USD 5 billion. FLC and PetroTrade expect this MOU will act as a solid foundation that sets favorable conditions for the both parties to successfully implement the project. The objective is to have the construction process commencing as soon as the fourth quarter of 2022. 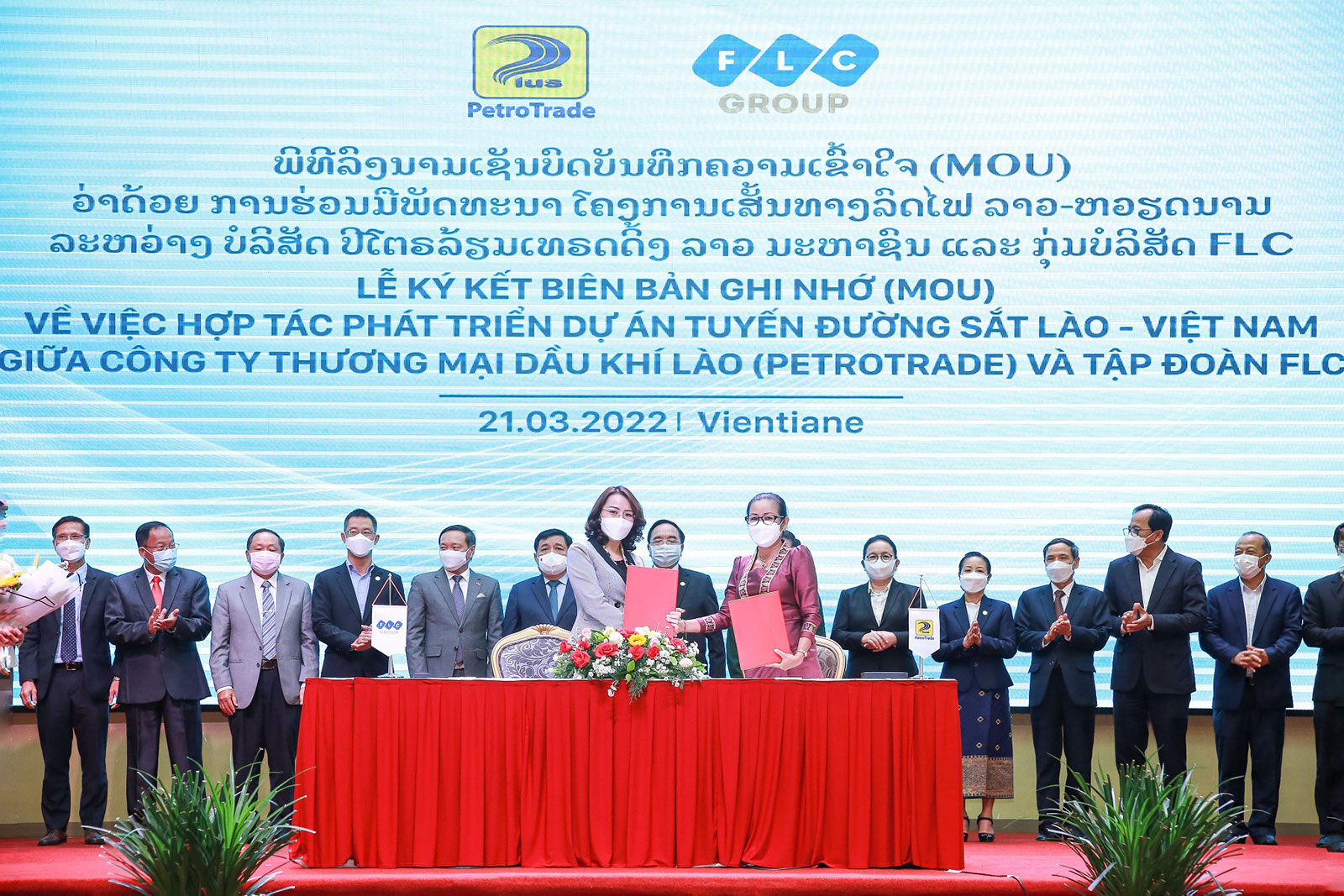 PetroTrade is one of the leading businesses in Laos, operating mainly in the fields of petroleum, construction, trade and logistics. The company is also so a strategic partner of the Government of Laos with regards to imperative infrastructure/logistics project development and management in the country. These involve Vientiane – Vung Ang railway project. Meanwhile, FLC Group is known a leading multi-sector enterprise that functions proactively and effectively in Vietnam, especially in the fields of real estate, aviation, resort and tourism. Noticeably, FLC was nominated by the Planning and Investment Ministry of Vietnam to the Government of Laos in February 2022 in order to discuss and research the investment and development plan of Vientiane – Vung Ang railway project. 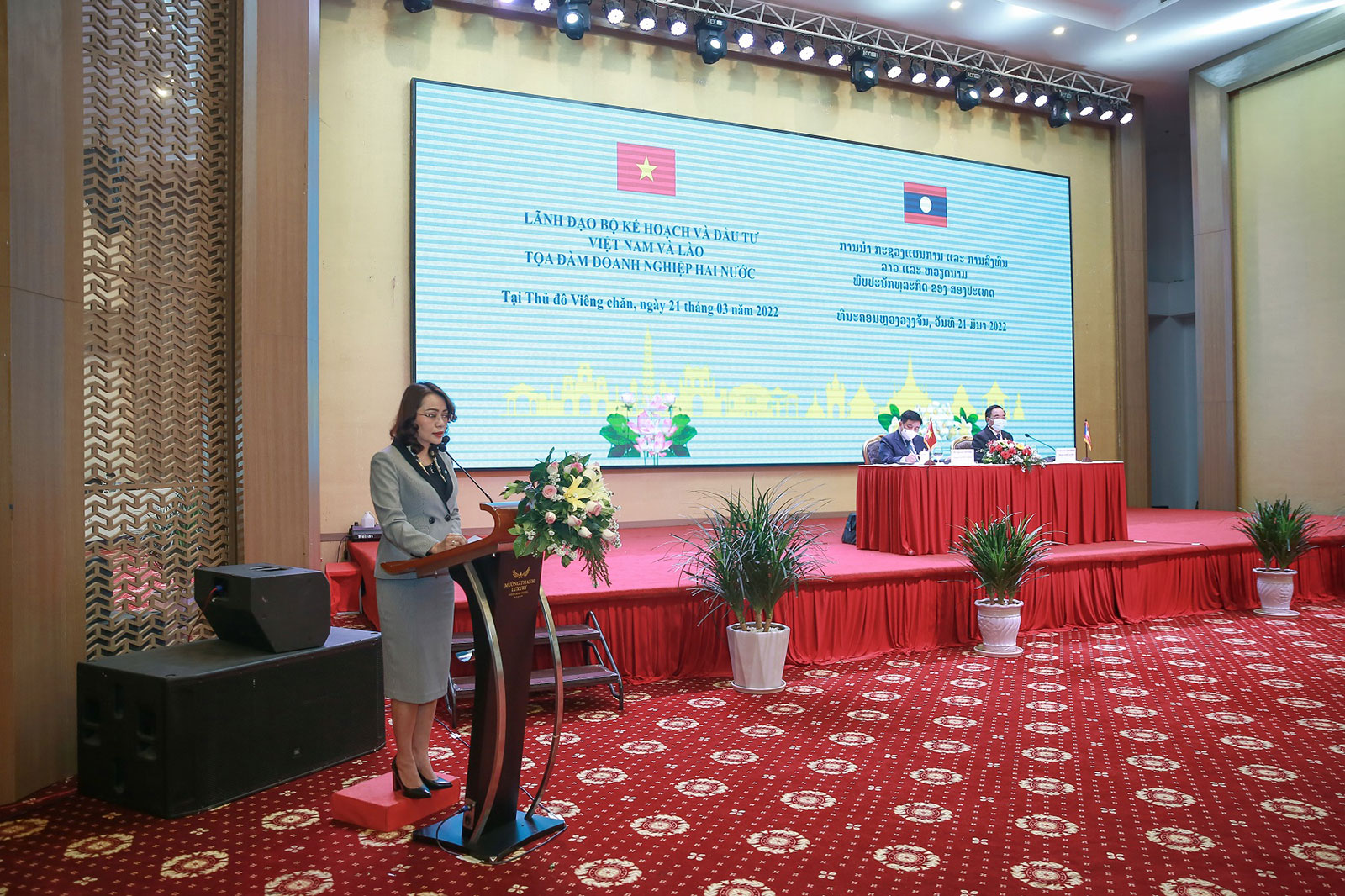 The railway project connecting Laos and Vietnam is considered as an arterial route that attracts great attention from the governments of the two countries. Importantly, Laos and Vietnam have reached mutual agreement for the investment and development of this railway project with the purpose of improve cargo transshipment in Vung Ang seaport. Accordingly, many favorable conditions will be created for the trade between Vietnam and its neighboring countries so as to strengthen the regional and international linkage. Besides, it is also expected that the project after coming into operation will produce abundant advantages for both Vietnamese and Lao businesses to cooperate in many potential sectors such as tourism and service. 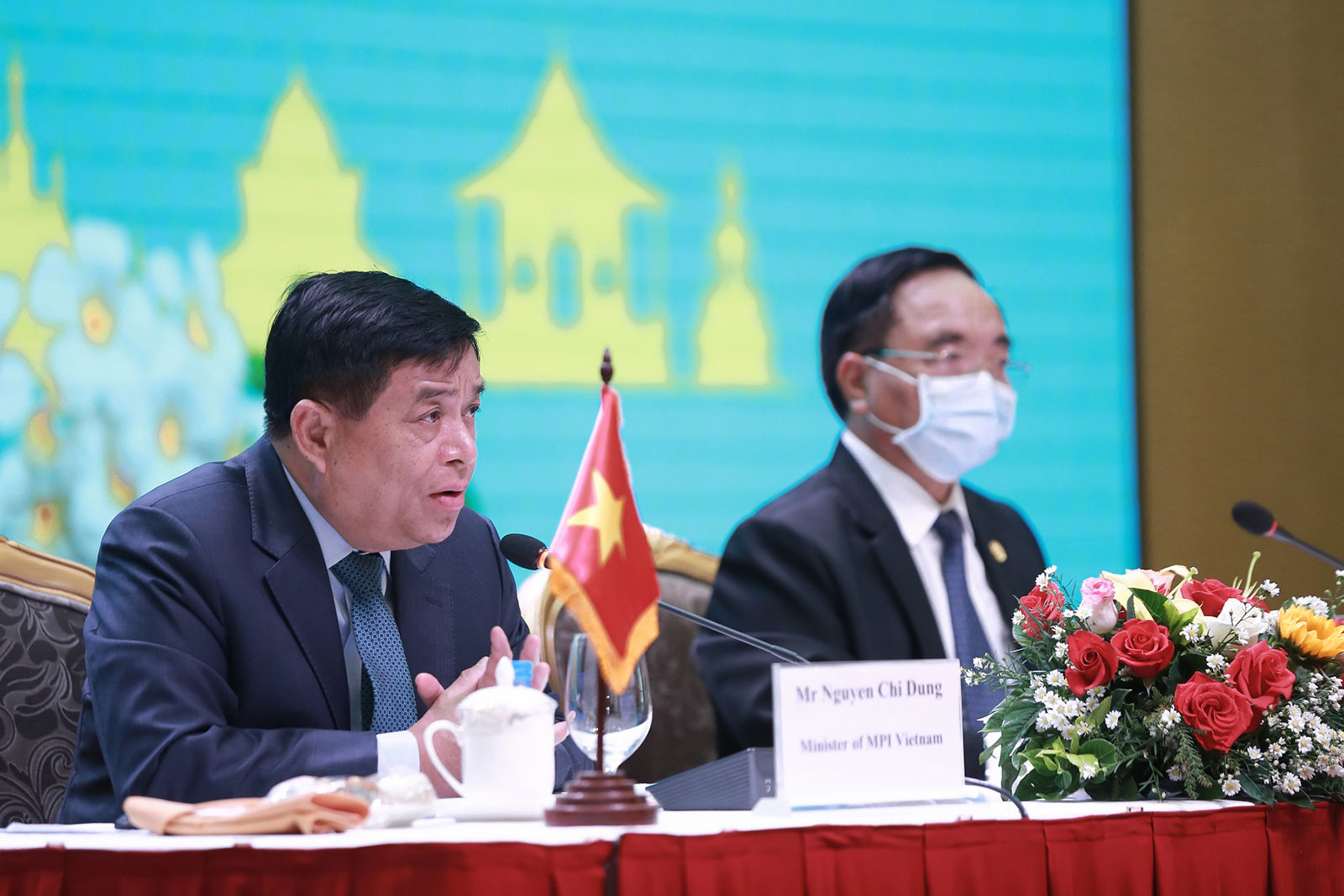 In the event, along with Vientiane – Vung Ang Railway Project, FLC Group also brought forwards its proposal that seeks for necessary support and facilitation from Laos Government as well as associated ministries and departments for the investment research pertaining to large-scaled projects in resort, golf, aviation, mineral extraction sectors. Should this approval is fully upheld, it will ultimately contribute to elevating the economic cooperation relationship between the two nations to a new level, which is more effective and more comprehensive.