With the capacity of more than 2,000 seats adding to 200 rooms of the existing 5-star hotel, this project is expected to become one of the largest multi-function convention complexes within Vinh Phuc in particular and Vietnam in general. 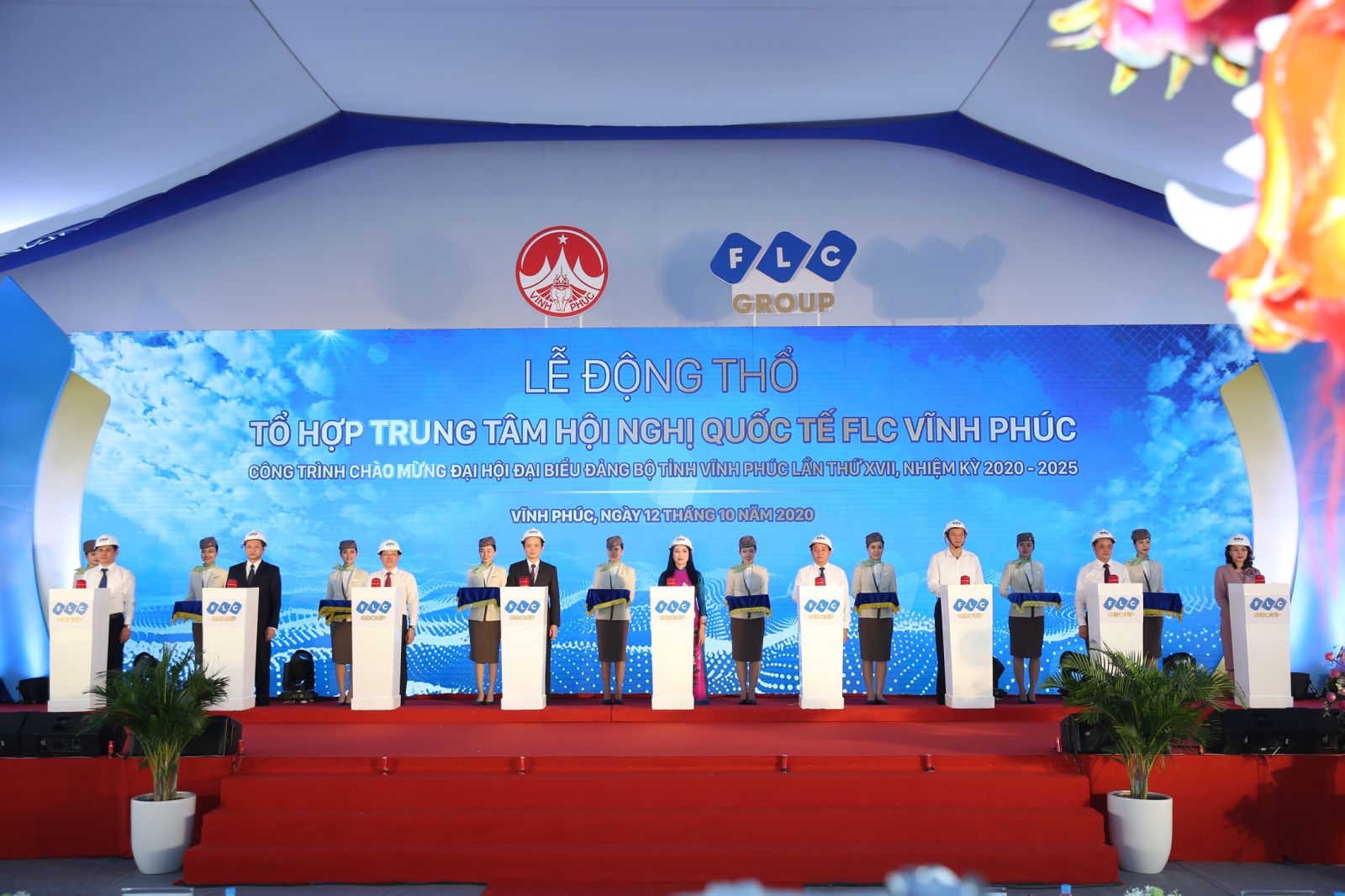 On October 12th 2020, FLC Group held the Ground-breaking Ceremony for FLC Vinh Phuc International Convention Centre Complex in Vinh Thinh ward, Vinh Tuong district, Vinh Phuc. This is one of the projects that were executed in celebration for 17th Party Congress of Vinh Phuc Province (Term 2020 – 2025) .

FLC Vinh Phuc International Convention Centre Complex is orientated to be  one of the largest multi-function convention complexes in Vinh Phuc in particular and Vietnam in general. The project is erected on an area of 2 ha and encompasses a 2,000-seat grand ball room and 200 5-star hotel rooms specifically designed to host conferences. Along with those, the convention centre also possesses a variety of other functional areas such as meeting rooms, presence room, dining room, VIP lounge and exhibition area. 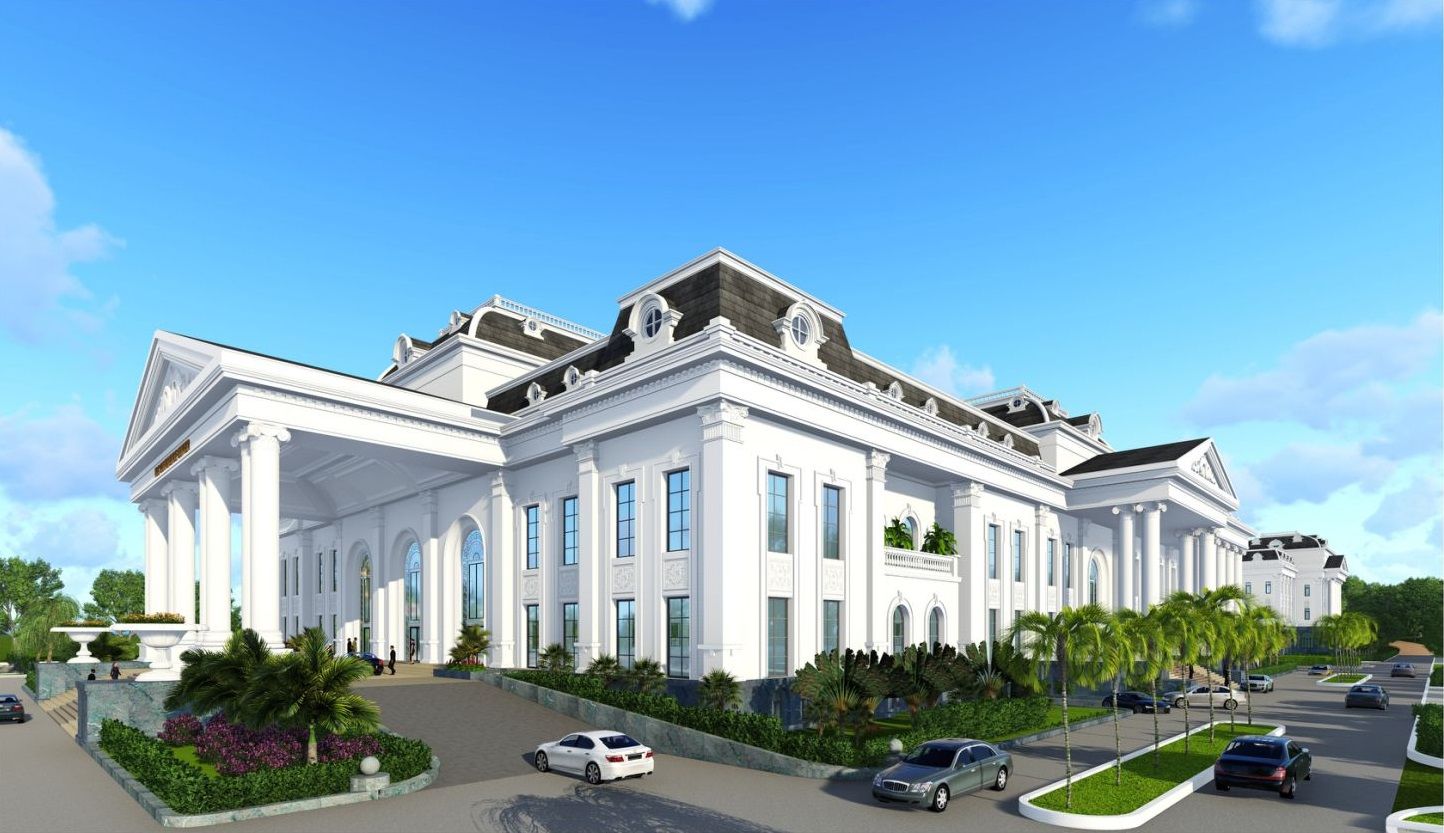 FLC Vinh Phuc International Convention Centre Complex is expected to become an ideal venue for conferences as well as art and cultural events at both national and international levels.

Having favourable connection to critical routes of the North region and close proximity to Hanoi (less-than-one-hour driving), the project is accommodated with advanced equipment in the purpose of thriving to be an ideal venue for conferences as well as art and cultural events at both national and international levels.

This is one of the most important categories of FLC Vinh Phuc – Phase 2, which aims to construct a large-scale tourism, convention and resort centre. Besides amenities such as golf academy, entertainment area, zoo, resort villas, 5-star hotel and International Convention Centre, FLC Vinh Phuc is also going to have International Aviation Education and Training Centre. This will be one of the leading aviation training establishments in the South East Asia and is expected to come into operation as soon as the start of 2021.

Speaking at the event, Mr. Vu Chi Giang – Vice Chairman of People’s Committee of Vinh Phuc indicated that following that strategy of attracting investment to turn tourism into a spearhead economic sector, FLC Group is highly appreciated for its capability and strategic mindset. This has been explicitly reflected through the range of eco resort complexes together with Bamboo Airways effectively operating across many cities and provinces in the country. 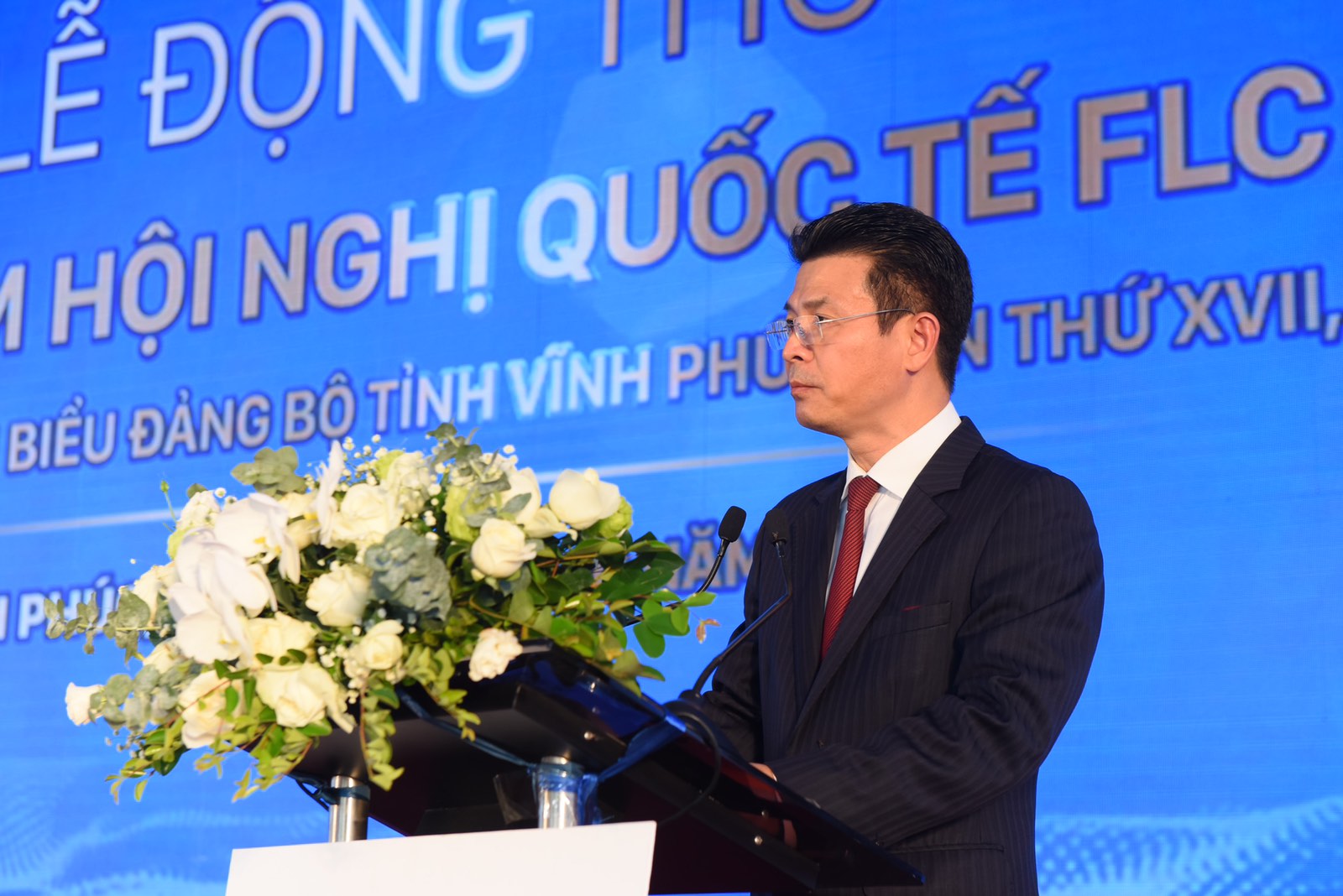 “With regards to International Convention Centre Complex, Vinh Phuc expects that the project once completed will be exploited in an effective and optimal manner, contributing to turn Vinh Phuc into one of the key tourism provinces of the country”, said the Vice Chairman of Vinh Phuc.

Speaking of the project investment orientation, Ms. Huong Tran Kieu Dung – Standing Vice Chairwoman of FLC Group emphasized that although the number of tourists in the recent years exhibits powerful rise, the revenue of tourism remains incommensurate with the potential. The reason comes from tourism products and infrastructure being monotonic and incomprehensive. 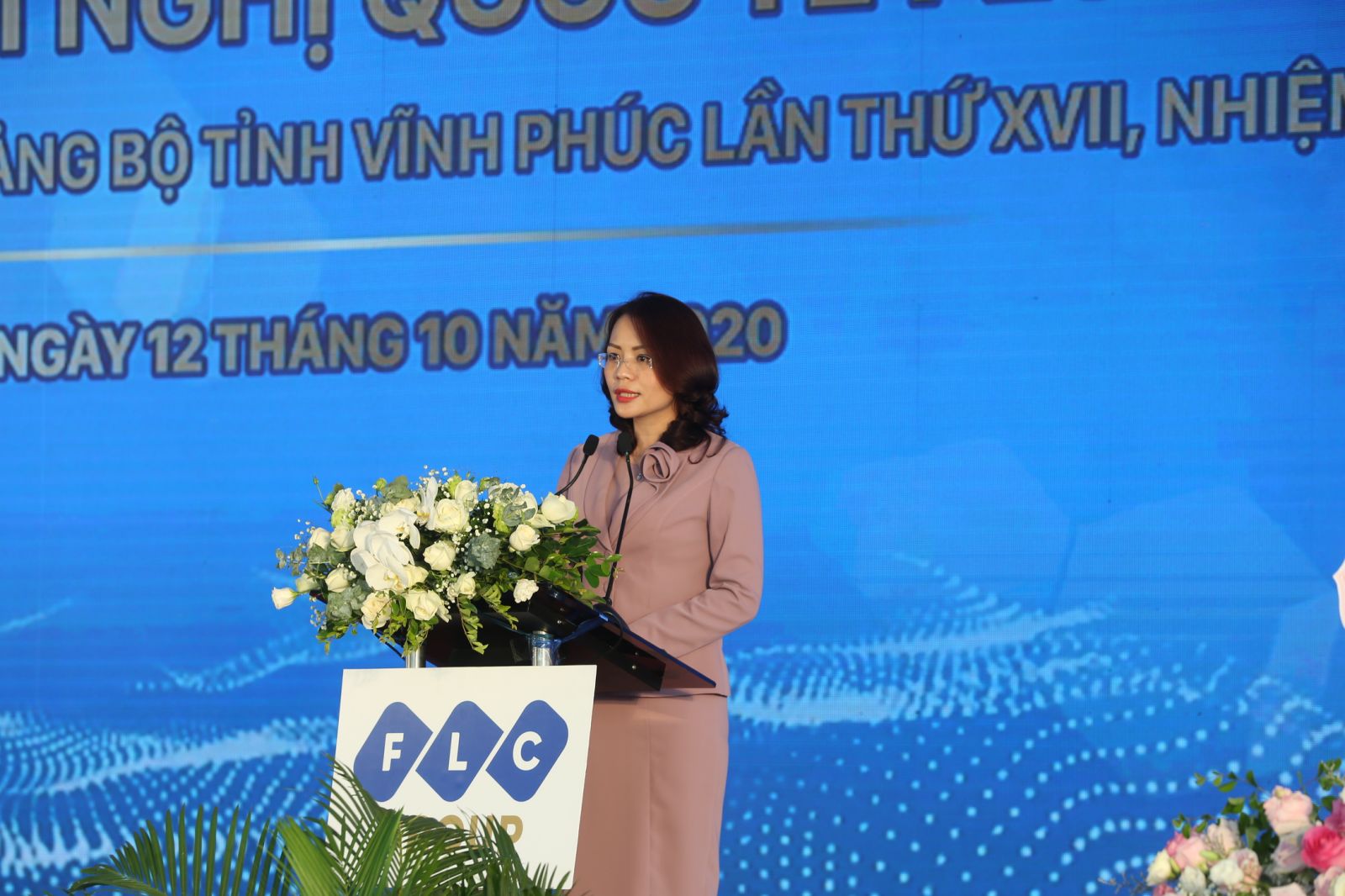 With particular reference to convention building projects, it can be observed that in many destinations, they have become iconic constructions of the city and even a measure of developed tourism economy. At the moment, the number of convention centres in Vietnam that are capable of hosting international events still remains limited and they are located mainly in Hanoi and Ho Chi Minh City.

In parallel to the development of resort complexes, FLC Group always sets the capacity of high-class convention centres from 1,000 to 1,500 seats in order to diversify tourism products in the local area and accordingly improve the attractiveness of  the tourism sector. Following such philosophy, FLC Vinh Phuc International Convention Centre Complex is also among those.

At the event, the Standing Vice Chairwoman of FLC Group also expressed her desire that the Group will continue receiving the support from the authorities at all levels and also the people of Vinh Phuc province in the conduct of legal procedures, especially the clearance work so that the following categories of the Phase 2 can commence promptly. These involves International Aviation Academy and Training Centre, which is expected to open at the beginning of 2021. Correspondingly, the aforementioned projects reflects the joint effort of the business and the people creating constructions that have practical meaning for the socio-economic development of the locality. 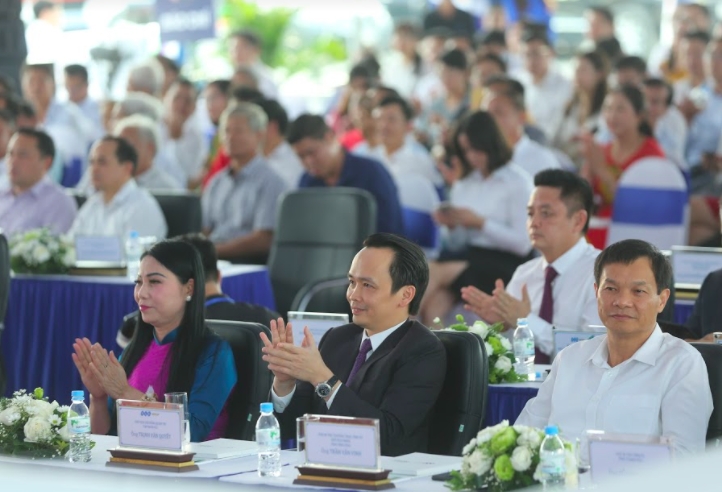 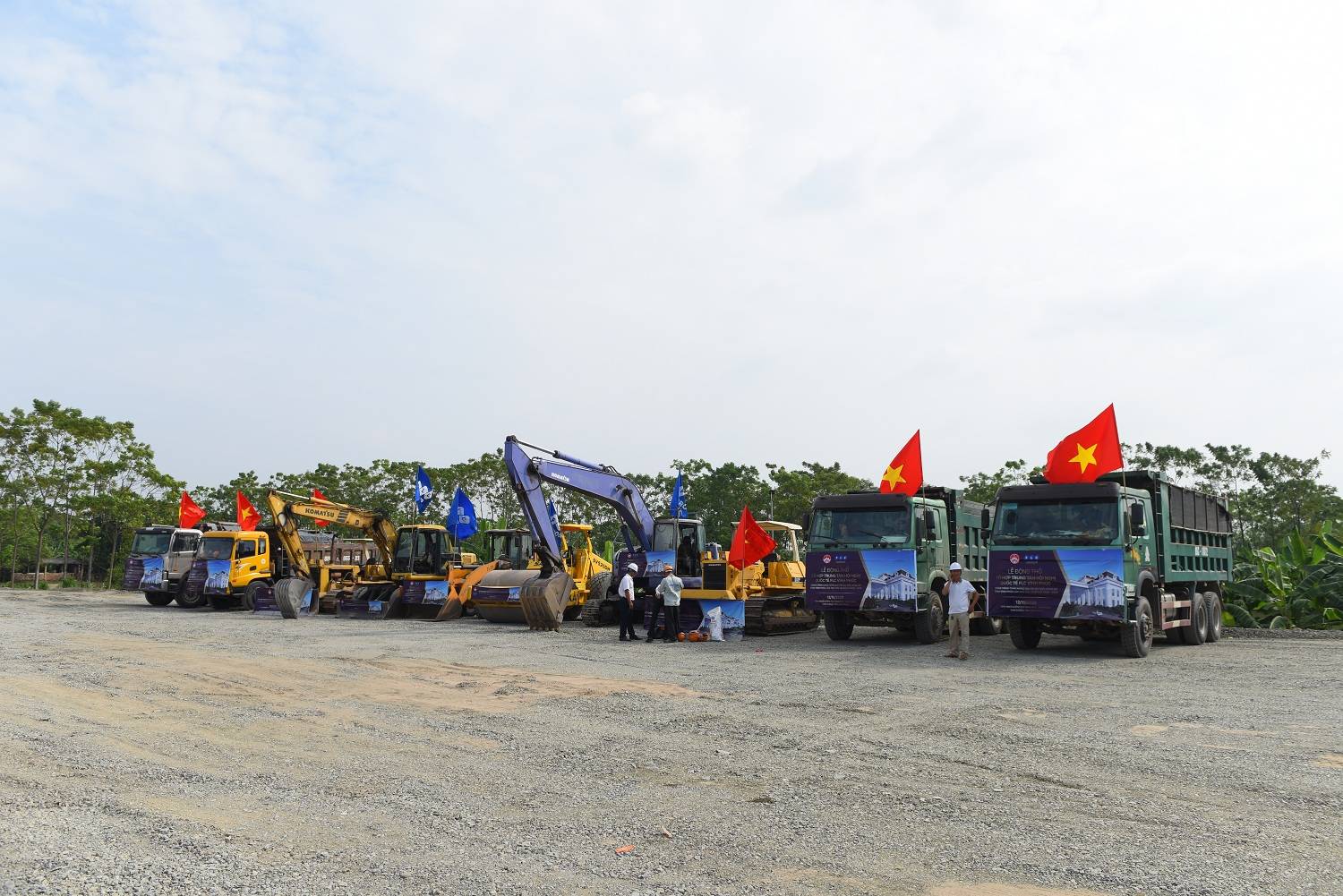