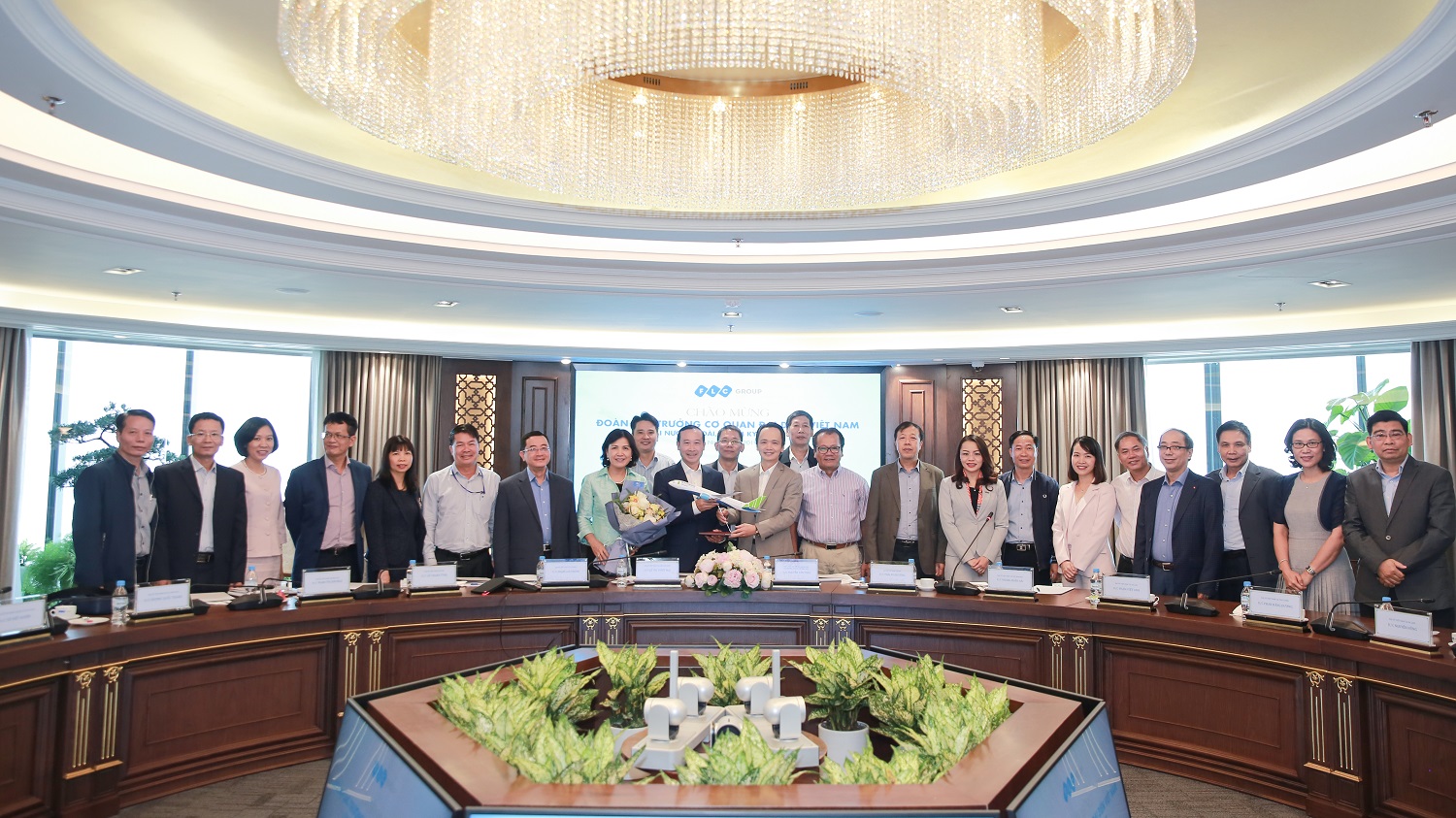 Speaking at the beginning of the meeting, Ms. Huong Tran Kieu Dung – General Director of FLC Group indicated that FLC Group with the orientation towards multi-sector development always determines international extension strategy as well as international cooperation in the key sectors, including real estate, aviation and hospitality tourism.

With a network of representative offices, agencies and branches established across many countries, up to now, FLC has partnered with over 100 reputed large businesses all over the world through regular trade promotion activities. These include, for examples, investment opportunities roadshows in Singapore, Korea, Japan, the US, etc. Noticeably, FLC Group has constantly received enthusiastic supports from Vietnam Representative Agencies Abroad throughout such process. 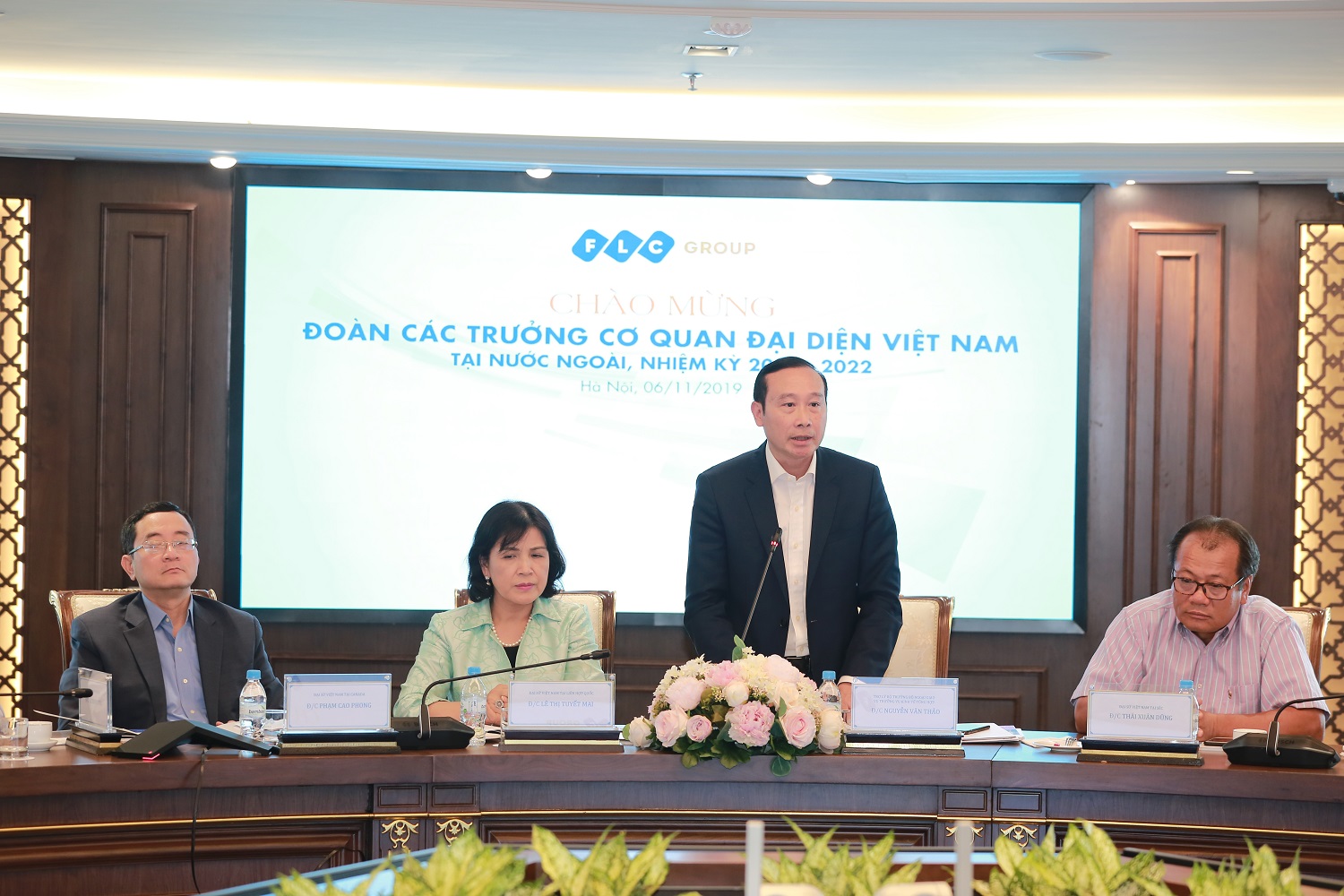 Having high appreciation for the scale and development potential of the Group, Mr. Nguyen Van Thao reckoned there are not many businesses that can develop with such impressive speed to become an effective multi-sector enterprise recognized by the community within a short period like FLC Group. Especially in the aviation sector, the corporate culture of Bamboo Airways with inclusion of 24/7 conscientious services has left many special impressions.

“Large enterprises like FLC Group bring about pride as they contribute to show the stature of the country, which is completely on par with other nations and always ready to compete in international level”, emphasized Mr. Thao.

According to Mr.Thao, Vietnam currently has nearly 100 Vietnam Representatives Agencies Abroad. These bodies are indeed a lengthened arm of businesses in general and FLC Group in particular.

“We highly expect that the cooperation and information exchange process between Foreign Affairs sector and business community will be carried out in a rigid and effective manner”, affirmed Head of General Economics Department.

Speaking in details about development plans of FLC Group in the upcoming time, Mr. Trinh Van Quyet– Chairman of FLC Group expressed his desire of receiving more attention and supports from the Embassy of Vietnam in terms of connecting FLC Group with international partners pertaining to FLC Group’s key sectors. This includes launching international flights of Bamboo Airways. 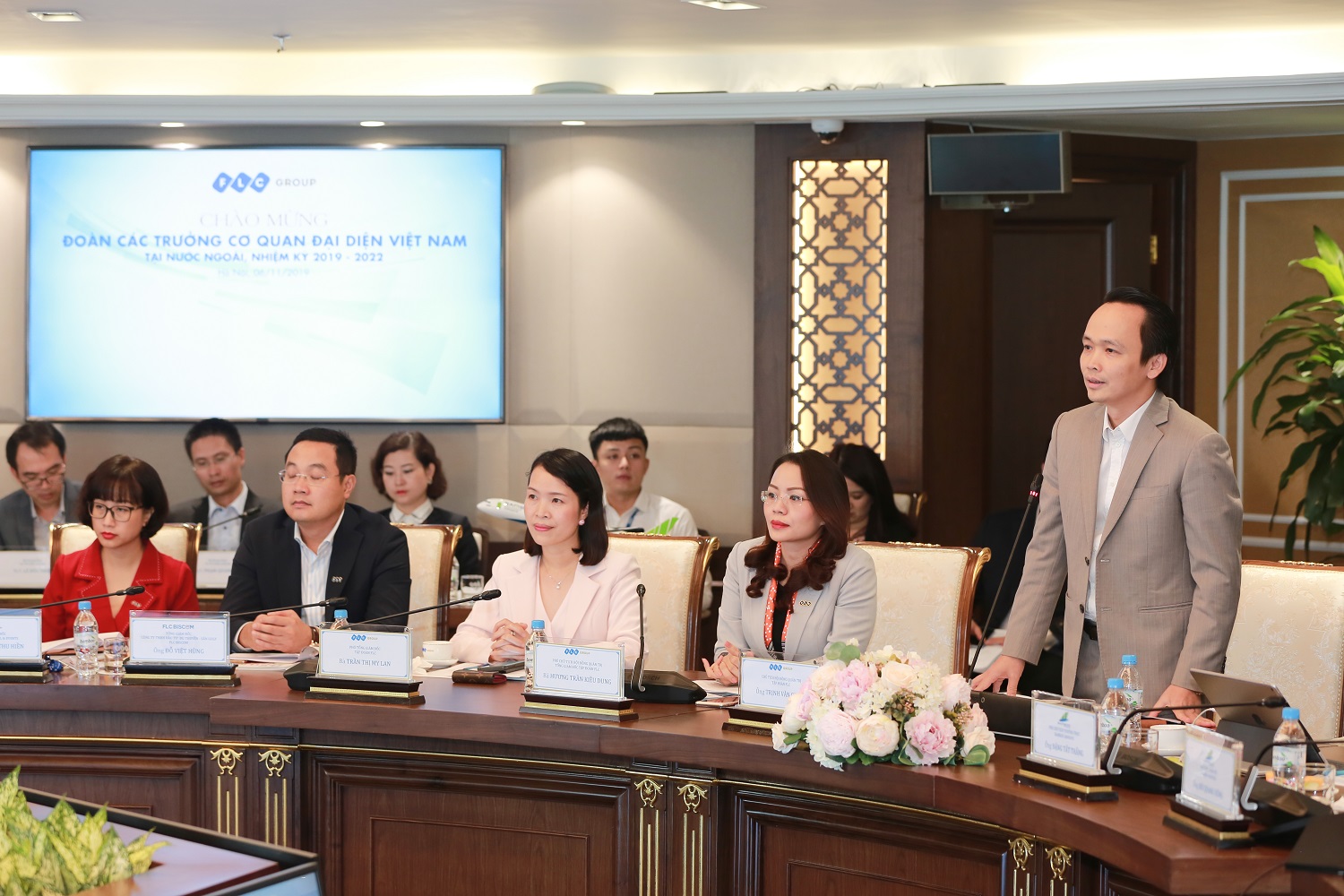 Operating from the beginning of 2019, Bamboo Airways has so far operated 29 flight routes with over 15,000 domestic and international flights. Among those, the Airline has established international flights to Korea, Japan, China (Macao and Taiwan) and is preparing for next flight routes to Canada, Czech, Spain, Netherlands, Philippines, Laos, etc.

In follow to the policy that encourages launching Vietnam-Czech flight route and that has been mutually agreed by the two Governments. Mr. Trinh Van Quyet revealed that Bamboo Airways has been actively preparing for the launch of a flight route that connects Hanoi and Praha. The launch is expected to take place at the beginning of 2020.

Upholding this plan, the Vietnam Ambassador Extraordinary and Plenipotentiary in Czech Republic – Mr. Thai Xuan Dung confirmed his willingness to support FLC Group during the flight launching procedure, as well as his attention to matter of maintaining flights of Bamboo Airways in the long term. 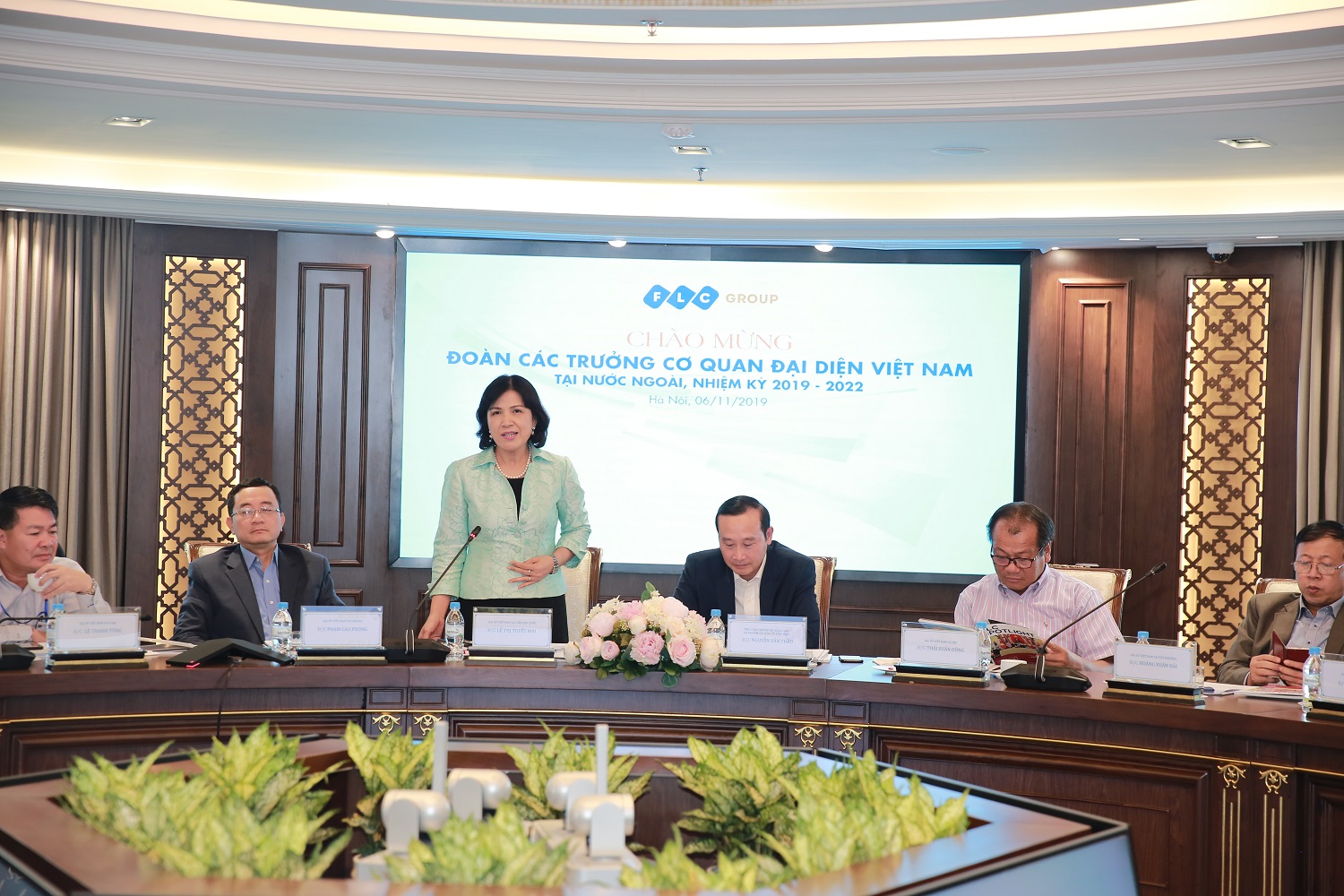 Sharing the same opinion, Ms. Le Thi Tuyet Mai – Vietnam Ambassador Extraordinary and Plenipotentiary in Switzerland also expected that Bamboo Airways will launch flights to Switzerland in order to serve the overseas Vietnamese as well as the people of the two countries. This will correspondingly attract more sources of passengers for the Airline.

At the meeting, the leaders of FLC Group and Ambassadors, Heads of Vietnam Representative Agencies Abroad also had open discussion in the purpose of specifying the connection opportunities and potential partnerships. The Ambassadors committed to accompany with FLC Group in its core sectors, such as real estate, hospitality tourism, high-tech agriculture and education in order to help the Group to rapidly approach and make statement of its position in the international markets.