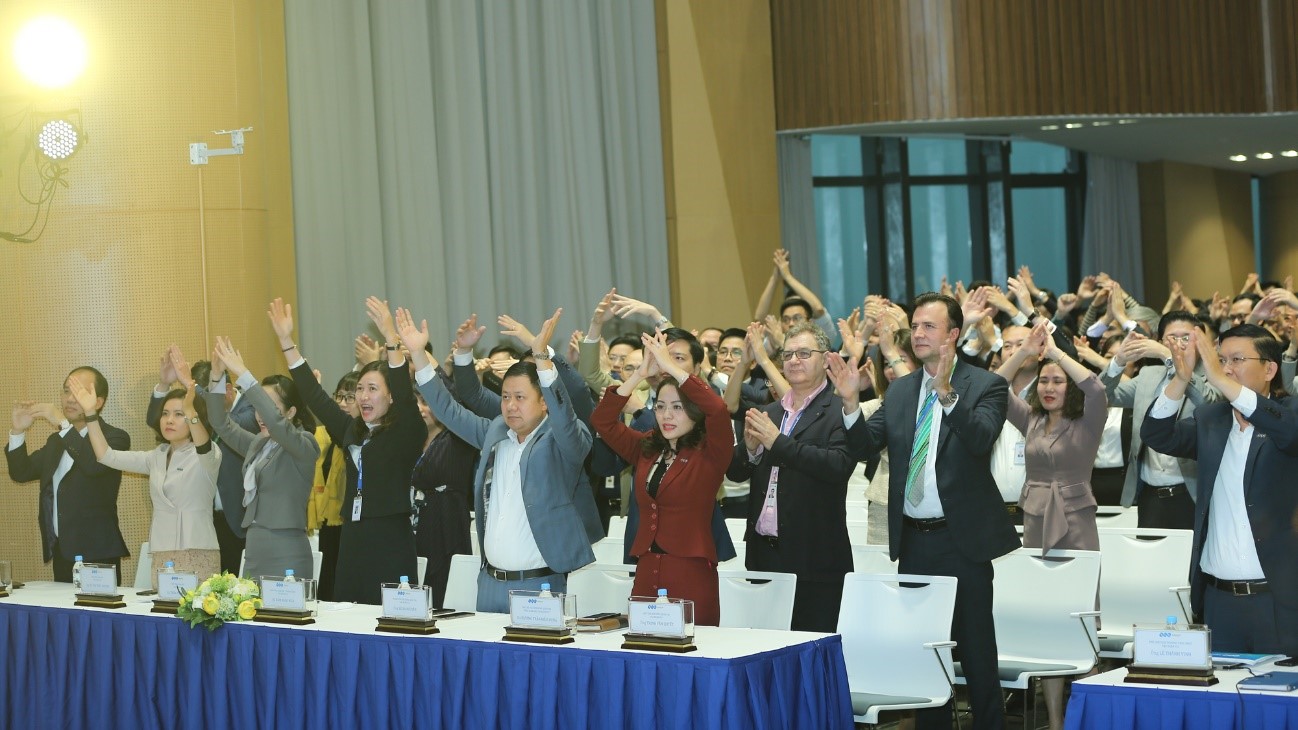 According to the report of Mr. Le Thanh Vinh – Standing Vice Chairman of the Board of Executives, FLC Group throughout the last year had continued obtaining many memorable achievements in the context that businesses in general had to confront numerous significant changes in the market.

With particular reference to the real estate segment, the Group has introduced thousands of real estate projects to the market, and many of those have gone through successful ground-breaking. These include FLC Quang Ngai resort complex, FLC University urban area in Quang Ninh, FLC Legacy Kontum, FLC LaVista Sadec, etc.

The breakdown of the revenue from sales and services of FLC Group had also changed in a considerable manner in comparison to 2018. Therein, the service segment alone had contributed more than 19% of the total revenue thanks to the presence of Bamboo Airways.

After almost a year of operation, the Airline has rapidly gained many memorable achievements in terms of on-time performance rate, flight safety factor as well as quality and services. In details, Bamboo Airways had completed more than 20,000 safe flights, serving nearly 3 million passengers and occupying 12.3% of market shares. Noticeably, the on-time performance rate had been maintained at above 94%, which remains as the highest in the entire sector. In additions, Bamboo Airways is also known as the first private airline to operate widebody aircraft, and one of the air carriers that provide the best services in Vietnam. 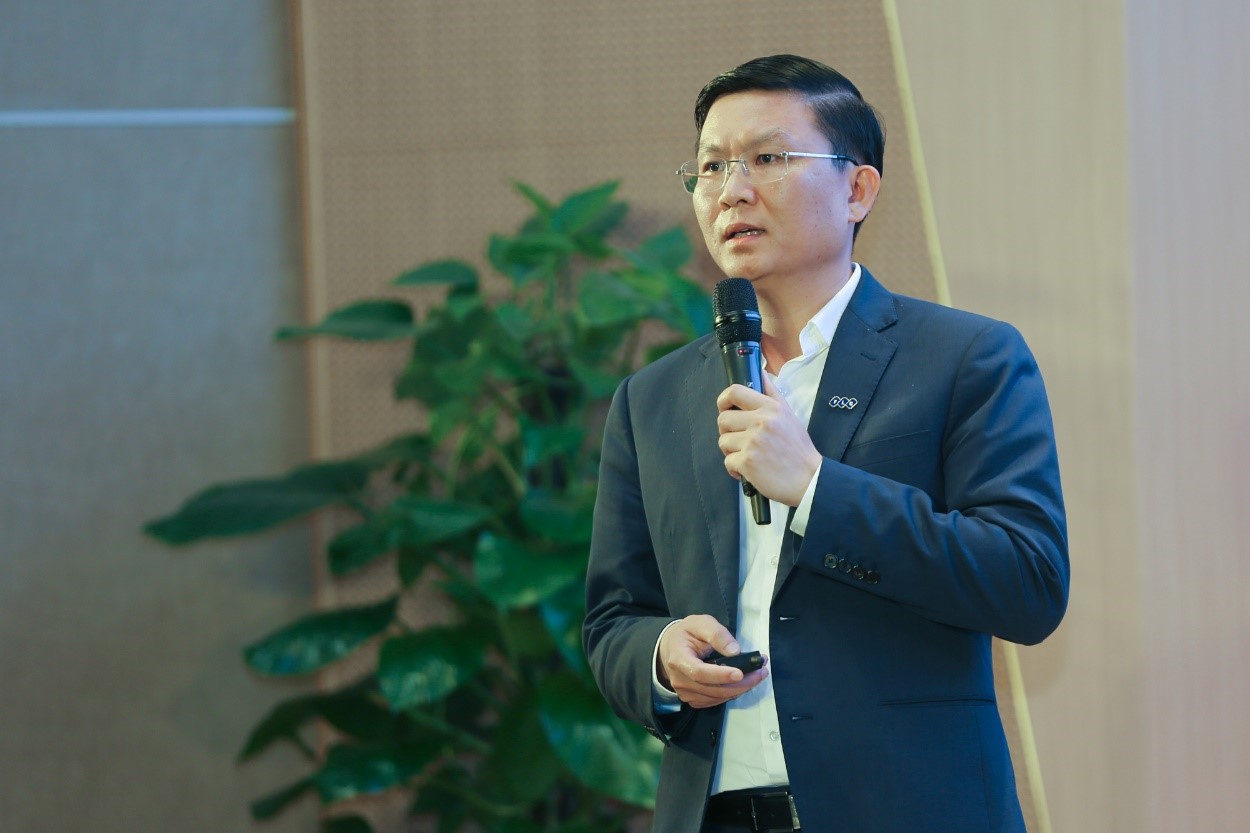 The Vietnamese economy in 2020 is forecasted to carry on its significant rise, joined by the outstanding development of the tourism sector in terms of the number of tourists as well as the aviation industry maintaining its fierce growth, which is regarded amongst the top of Asia. Such positive context is a foundation for FLC Group to set new breakthrough expectations in 2020.

Real estate continued remaining as the spearhead in the business of FLC Group with about 20 projects whose construction is expected to commence, and thousands of diverse products in the urban area and hospitality segments.

With particular reference to the aviation industry, Bamboo Airways aims to seize 30% of domestic aviation market shares by the fleet being expanded to 50 aircraft and the operation of 85 domestic and international flight routes. The Airline’s capitalization target is USD 1 billion after listing.

In the field of tourism and hospitality, the objective remains with maintaining its leading position of FLC Hotels& Resorts by 5-star service quality and the born of new large-scale resort complexes. The supporting fields together with a series of international investment activities will also be parallelly fostered with the ultimate purpose of developing FLC Group to be a multisector economic enterprise. 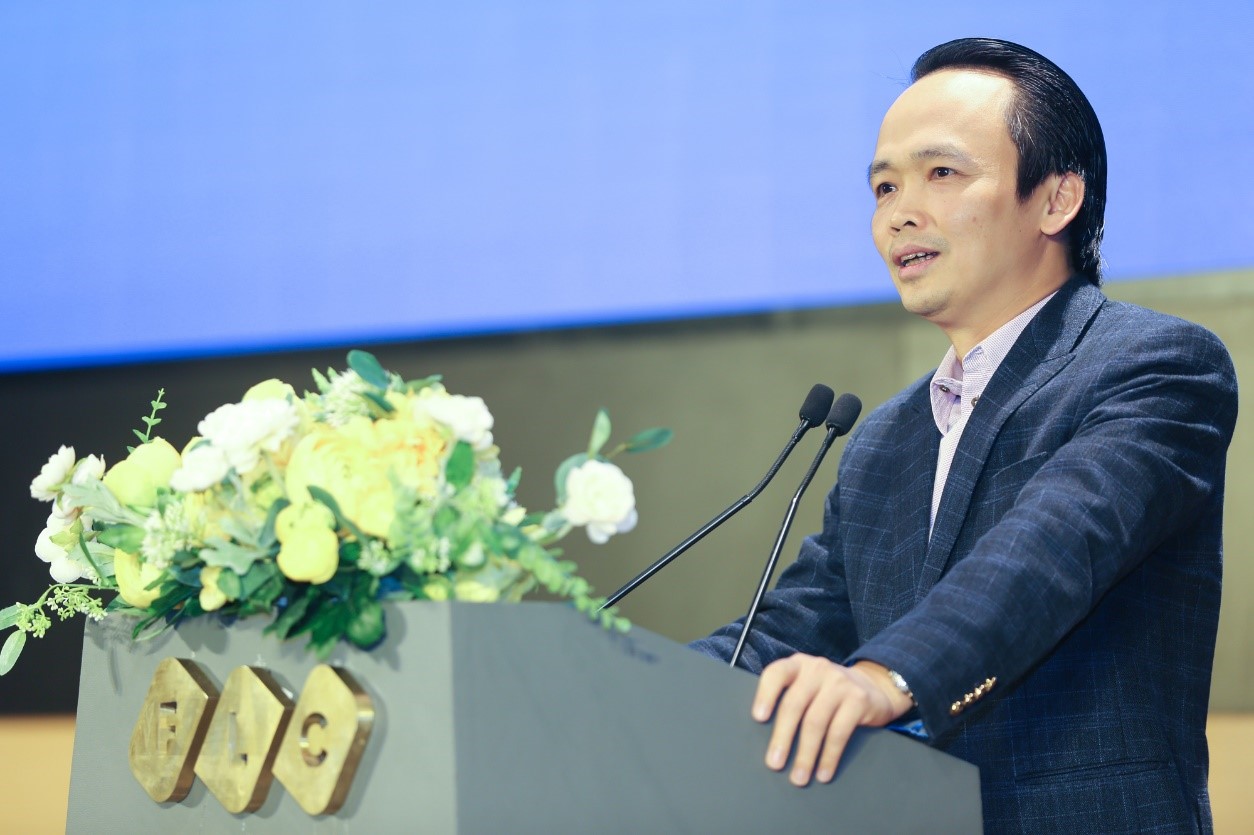 Speaking at the ceremony, Mr. Trinh Van Quyet expressed high appreciation for the effort of all the senior leaders and staff in providing high quality products and services in multiple fields, which accordingly continues affirming the reputation and standing of FLC brand in the market.

Nonetheless, in the context of the economy being unstable, the rapid development and expansion in scale also pose many challenges and missions for FLC Group.

Analyzing several existing problems, Chairman Trinh Van Quyet asked all the senior officers as well as the staff to carry out reform on multiple aspects, including constructing the organizational structure, the human resource structure and also integrated procedures in support of the management system, specializing business activities and approaching optimal and modern organizational models.

The ultimate purpose is to create an astute, active and efficient mechanism, which is able to meet the development demand of the Group in the new era.

This is not only the mission of leaders and senior officers solely, but also entails the participation and effort of every single divisions, member companies, individuals within the Group. The chairman emphasized that each member in respond to the new allocated missions has to know how to do good self-management, guide his/her own path in the right direction, and incessantly make effort in order to maintain the quality of products and services for the customers.

By only doing so, FLC Group will be ready for new growth targets, new areas of business as set out by the Board of Executives for the upcoming development stages. 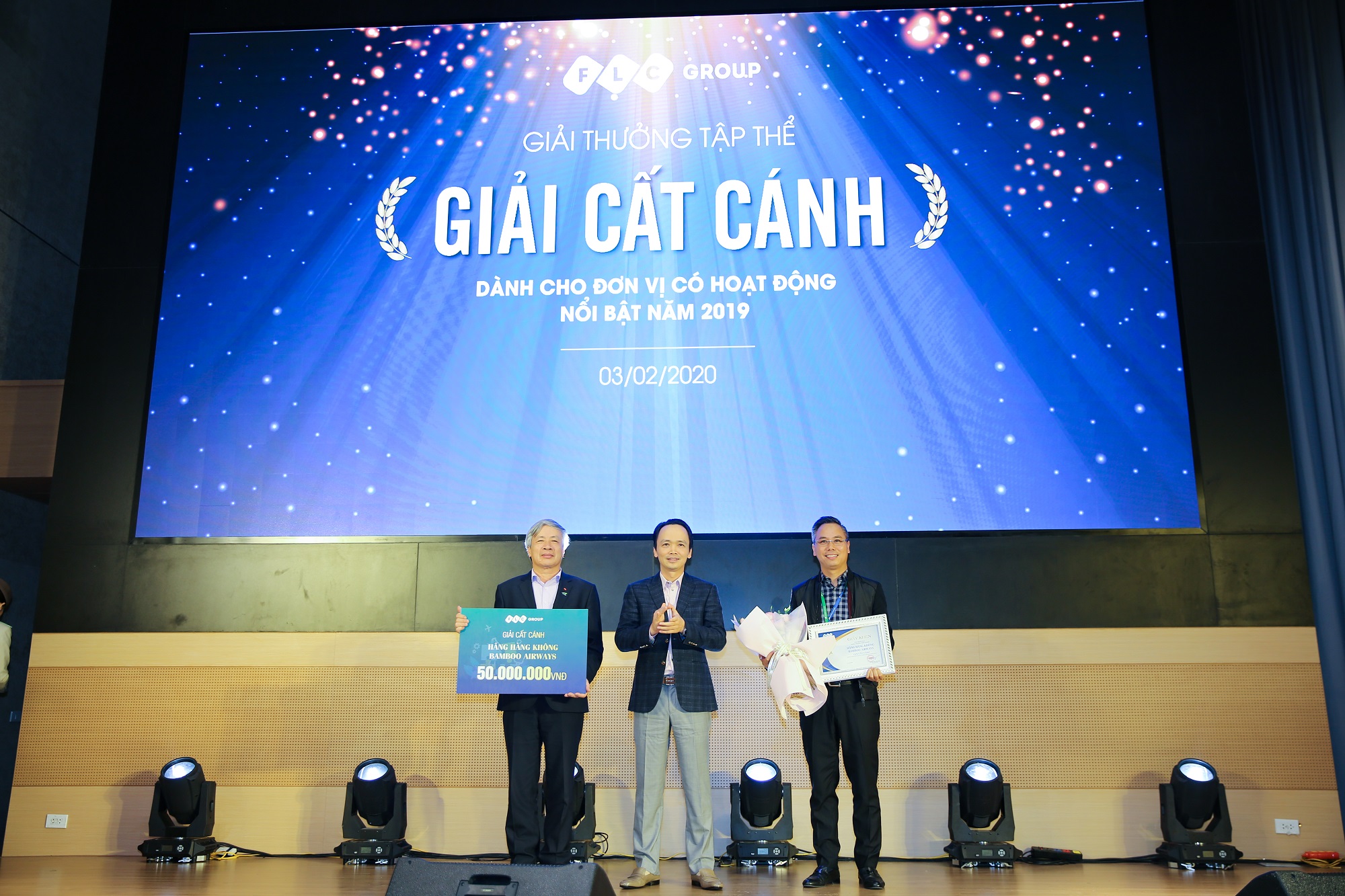 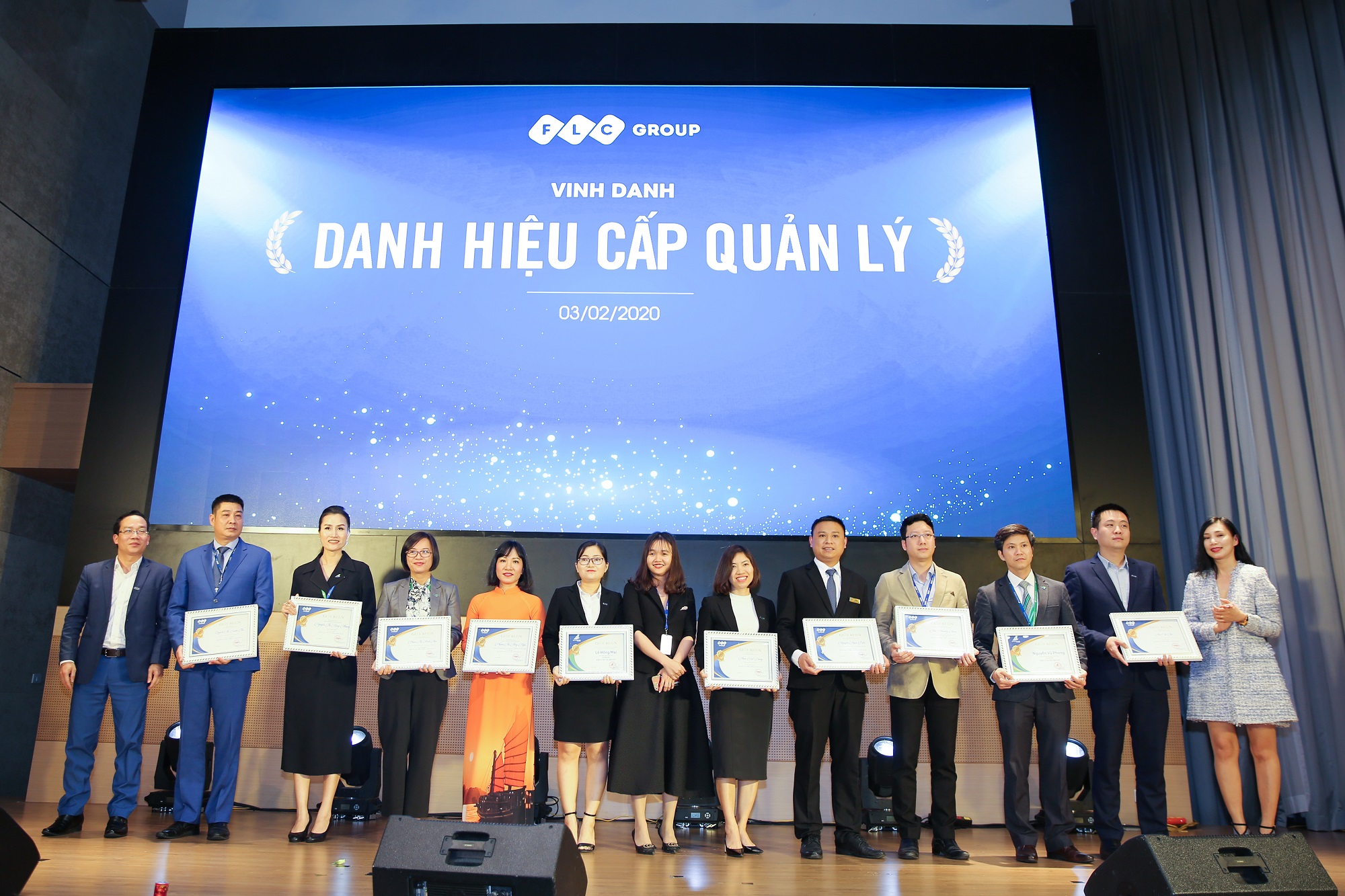 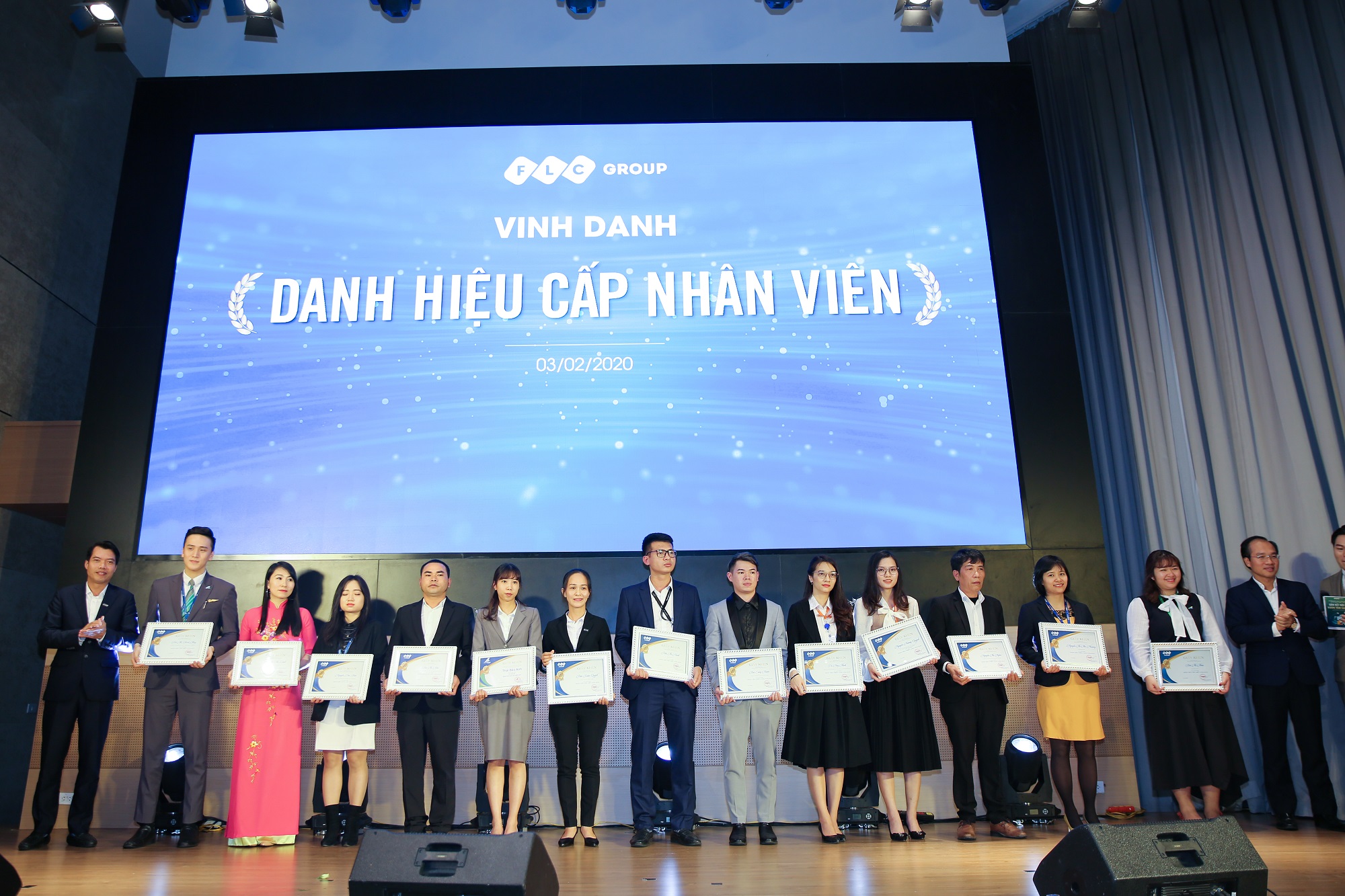 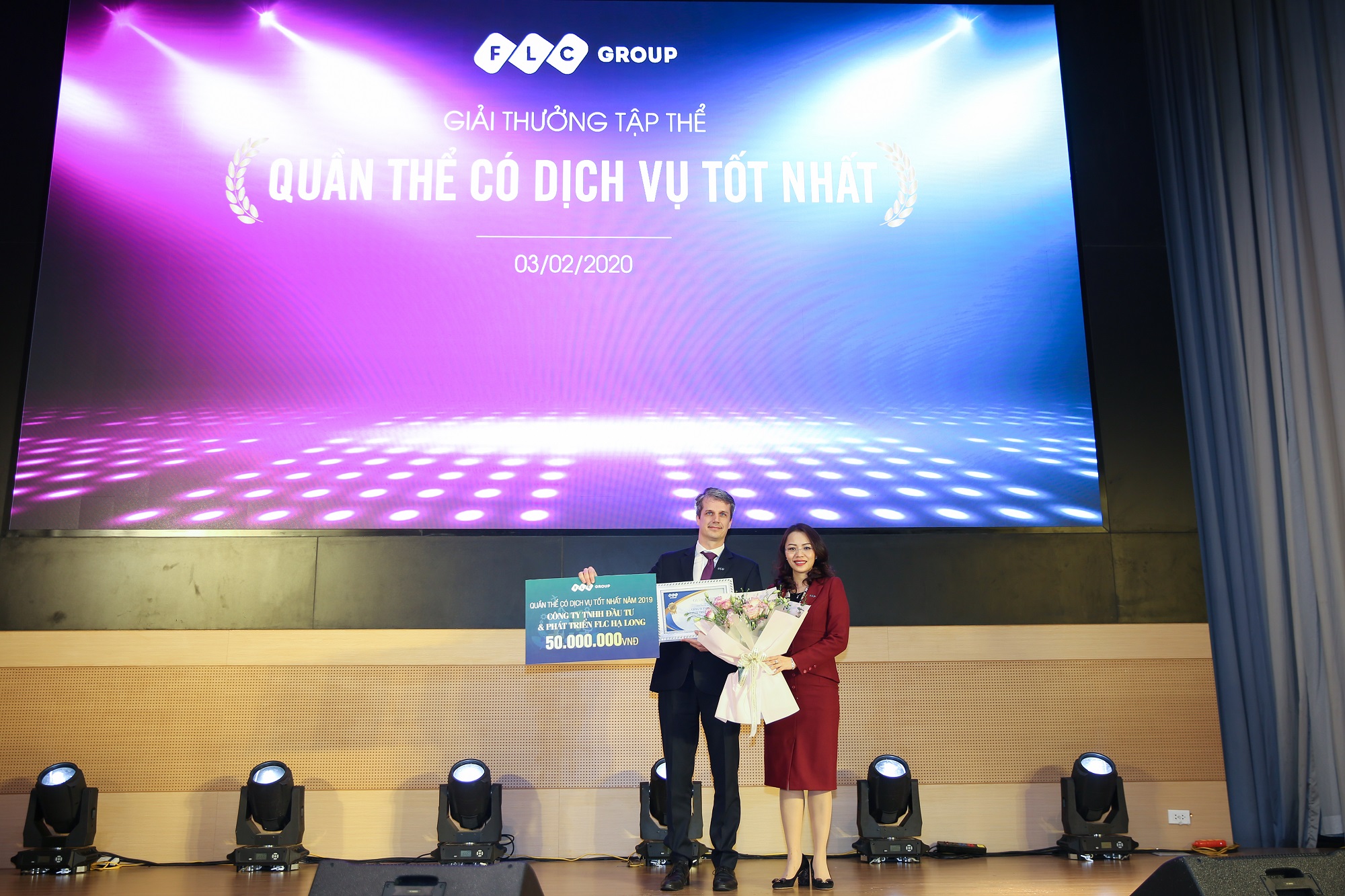 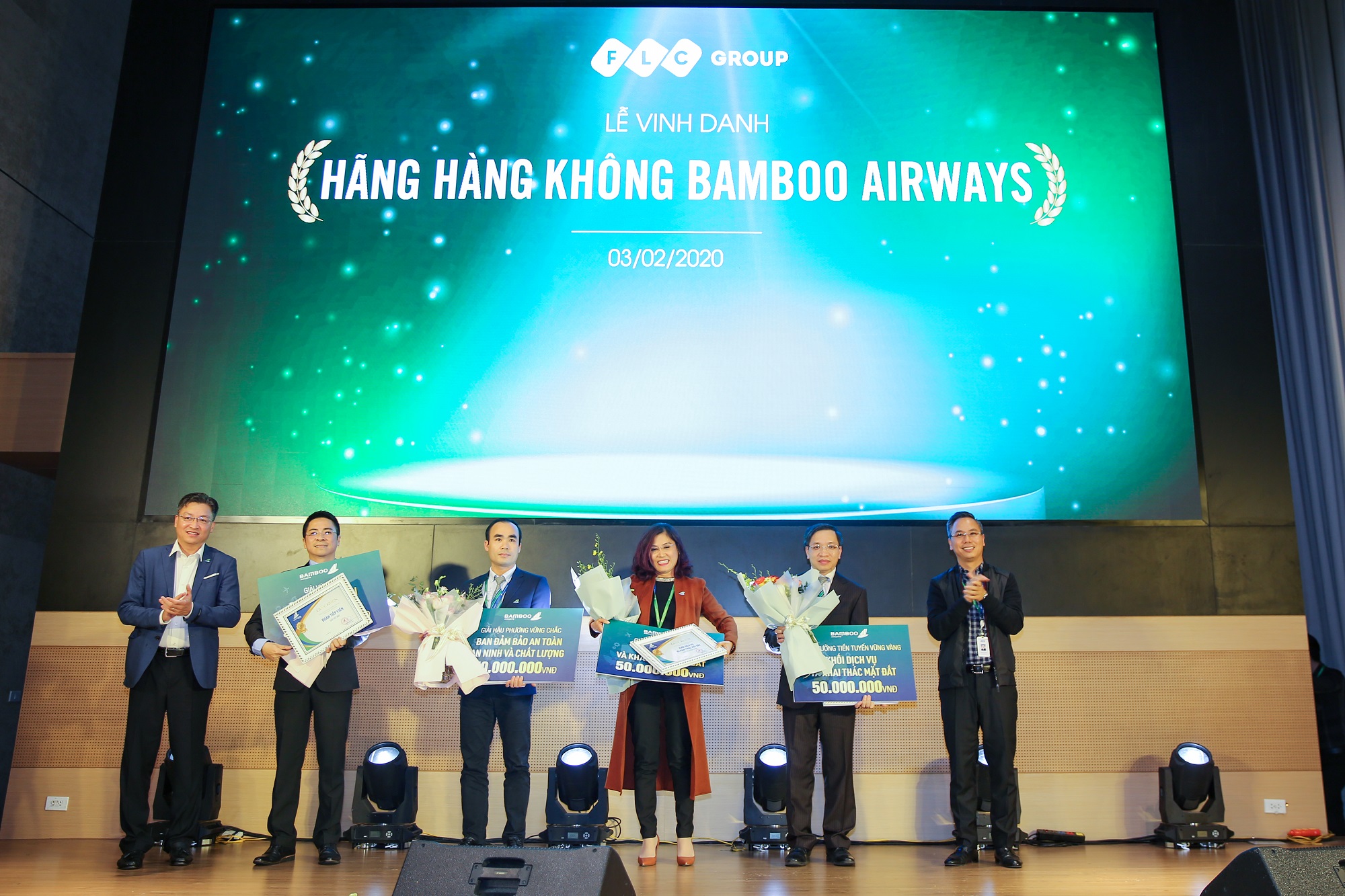 FLC Group and Bamboo Airways collaborating to honor 9 groups and 127 individuals that had excelled in 2019.