On March 20th 2021, following the aim of  providing support for the locality throughout the socio-economic development, FLC Group donated VND 6 billion for Ha Giang province. This is equivalent to 100 houses, which would be built as part of a program that provides shelter for veterans and people living in poverty within the province. 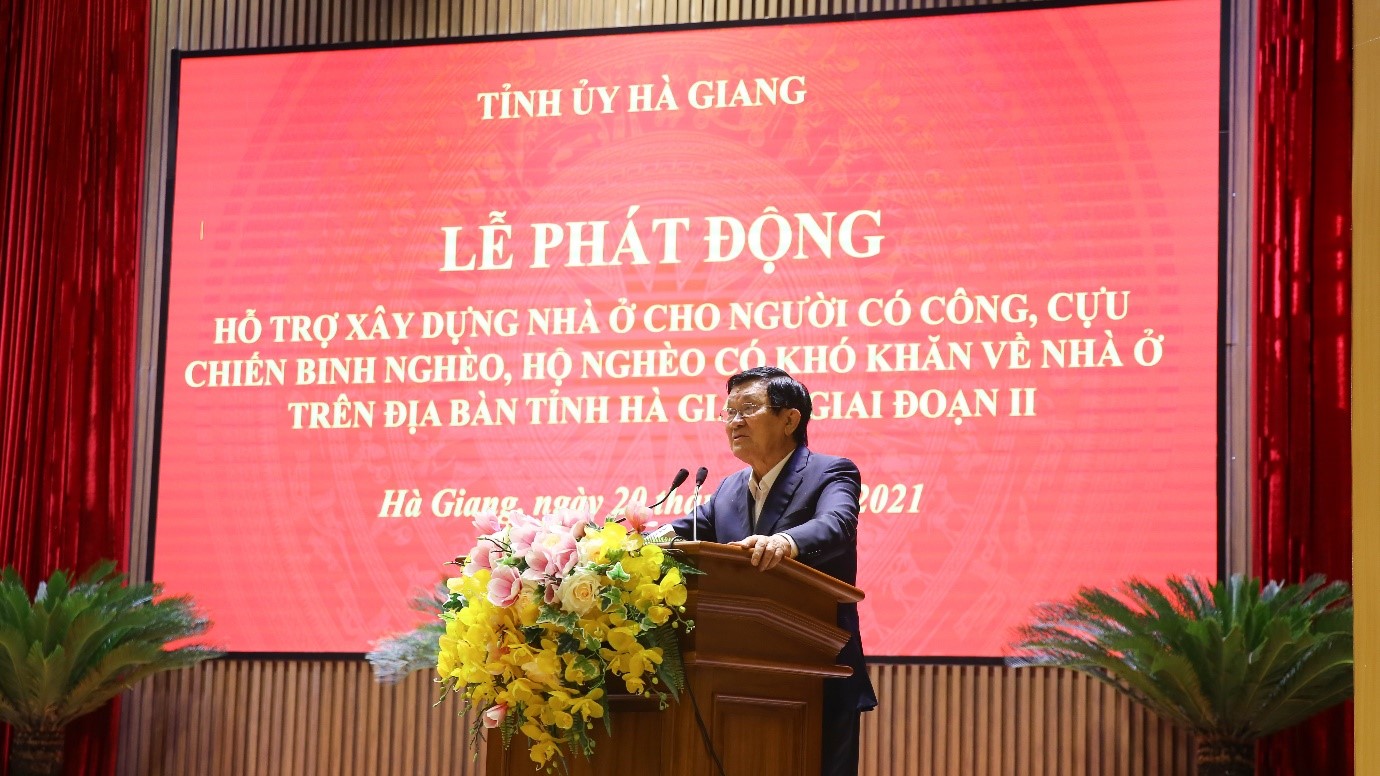 Reporting the results achieved in the phase 1 of the housing support program for people with meritorious services, poor veterans and poor households in Ha Giang’s border area, Mr. Nguyen Van Son – Deputy Secretary of Provincial Committee revealed that there have been 4,403 households already building houses. Among those, 3,336 households in the Phase 1 had finished.

“There is probably no word that can fully describe the meaning and usefulness of this program. It has brought massive happiness to the people as they can now live in a complete and durable houses, and above all it has motivated them to make more effort and escape from poverty”, stressed Mr. Nguyen van Son.

Nevertheless, Ha Giang has still stayed as one of the poorest provinces in the country so far. According to the survey conducted at the end of 2020, the entire province has 6,185 poor households that lives in shabby temporary shelters. These account for 14.91% of all the poverty-endured households in the province. Among those, the number of remaining households qualified for the housing support program is 2,471.

Speaking at the event, Former President Truong Tan Sang expressed his excitement for what had been gained by the housing support program, and also high appreciation for the Ha Giang’s determination in deploying the program.

Despite being surrounded by numerous difficulties of the pandemic, the program had received abundant support from political organizations, businesses and  philanthropists, creating a widespread throughout the province.  The Former President expected that the program in the coming time would continue having the joining support from organizations, individuals and businesses all over the country. 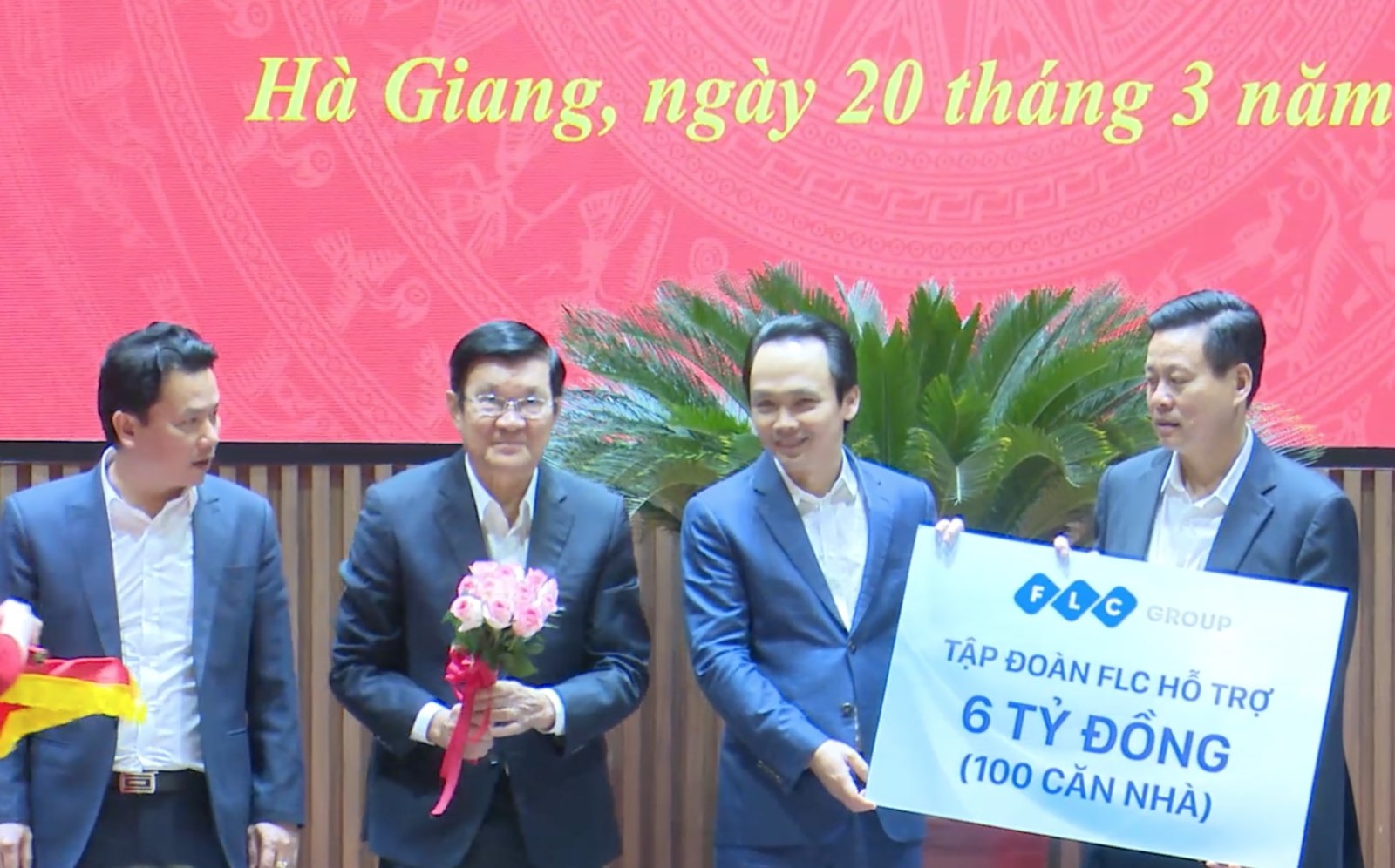 In response to the call of the former President as well as the movement of helping poor people and paying tribute to meritorious veterans, FLC Group has donated VND 6 billion fro Ha Giang. This sum will be utilized to build 100 houses as part of the housing support program.

Thanks to the joining support of  FLC Group and other organizations and businesses, the Phase 2 of the housing support  program as of now has mobilized nearly VND 60 billion.

“This is anb extremely meaningful program in accordance to the spirit that states “no one is left behind” set by the Party and Government. We hope that we can accompany with Ha Giang in a very long time, so that this program will be completed soon and spread to many cities and provinces in the country”, suggested the representative of FLC Group. 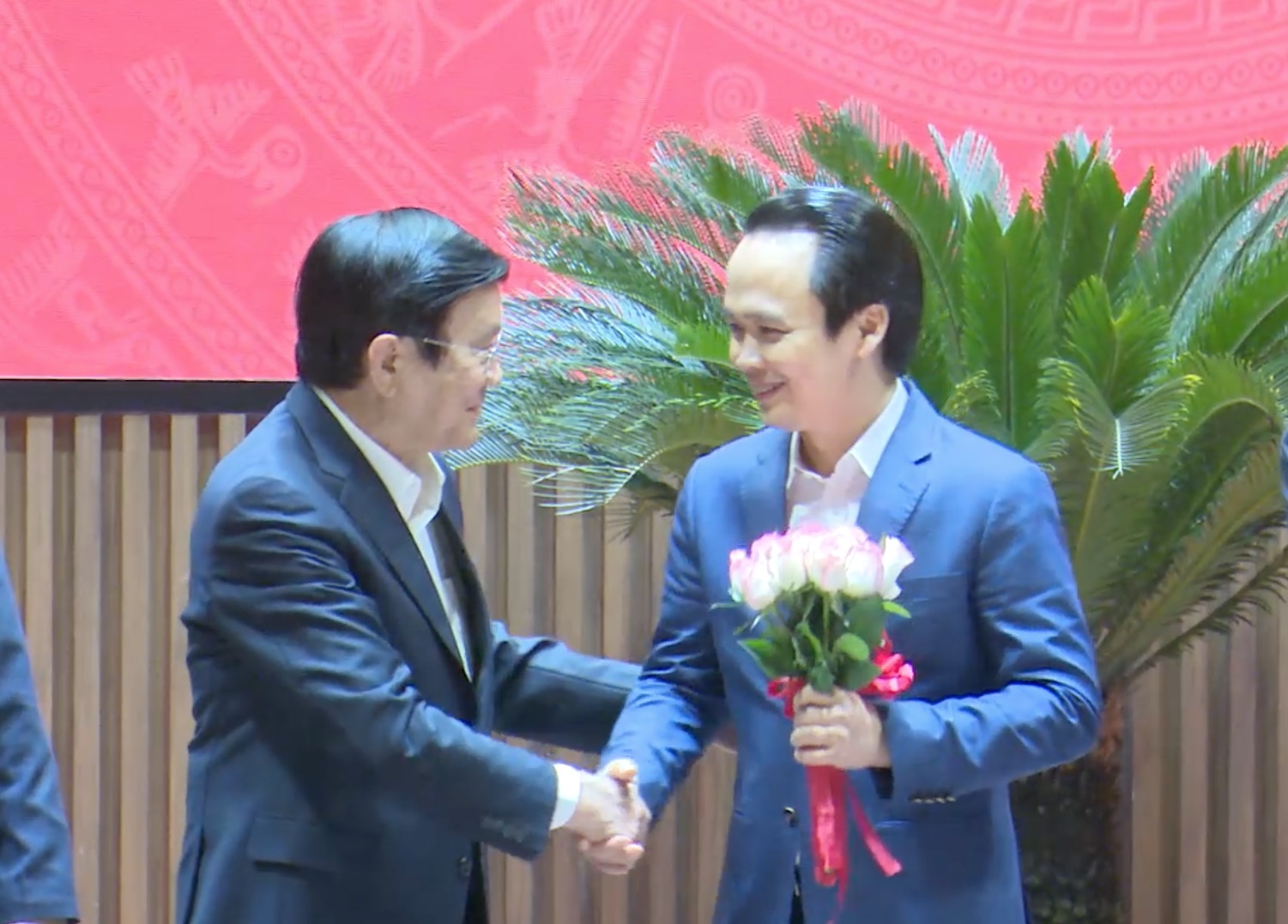 Many other charitable activities towards the community  have also been enthusiastically and effectively executed by FLC Group in the recent years. These involve building charity houses, donating communal house, providing shelters for meritorious veterans, assisting in post-disaster recovery, and making joining effort with the whole country to fight against the pandemic. During the period of 2017 – 2020, FLC Group had participated in donating hundreds of billions of VND for a large number of charity programs as well as study promotion funds all over Vietnam.