An urban civilized and rich of identities

Located on Truong Chinh street, in the heart of the administrative center of Kon Tum city, FLC Legacy Kon Tum is designed to be a modern high-end complex for both commercial and residential purposes in Kon Tum and the Central Highlands as well.

FLC Legacy Kon Tum, with an area of almost 18 ha, is well developed for two clearly defined functional purposes, including a system of shop houses, shop boutique and a complex of apartments and a 5-star hotel. The project is symbolized with modern architecture and design in harmonization with typical traits of the Central Highlands.

“Once completed, the project shall contribute to urban embellishment and life quality improvement through the provision of integrated modern utilities for people in Kon Tum city and Kon Tum province in general. This shall be a transitional move, strongly driving the development of the local real estate market, promoting services and tourism businesses in line with the provincial development intention and orientation” stressed Mr. Nguyen Van Hoa, Deputy Secretary of the Provincial Party Committee, Chairman of Kon Tum Provincial People’s Committee. Mr. Hoa also showed his appreciation of the importance and significance of the project.

Additionally, in order to promote underlying potentials and contribute to the local socio-economic development, the Chairman of Kon Tum Province expressed his wants that FLC Group shall continue its survey, research and investment allocation in such potential fields as urban development, services – tourism businesses, pharmaceuticals, high-tech agriculture … in Kon Tum city, Kon Plong district and other locations.

“The province shall create favorable conditions for investors in executing projects in compliance with regulations”, confirmed Mr. Nguyen Van Hoa.

Also within the groundbreaking ceremony, FLC Group signed a comprehensive cooperation agreement with Vietnam Joint Stock Commercial Bank for Industry and Trade – Kon Tum Branch (Vietinbank Kon Tum). Based on resources as well as specific strengths that FLC Group and Vietinbank Kon Tum possess, this cooperation promises to bring out high-end and full-serviced commercial and residential projects to Kon Tum, as well as provide investors with optimal economic efficiency.

Located at the northernmost gate of the “Central Highlands Green Road”, Kon Tum is a land of unique treasures and resources crystallized from the diversity of unspoiled nature reserves, indigenous identical cultures of 28 ethnic peoples, and from the typical heritage system of “Cồng Chiêng” culture.

Particularly, Kon Tum city lies along Dak Bla river, considered a trade link between Kon Tum and other provinces in the Central Highlands and the Central Coast, and with Laos and Cambodia.

“Going through 10 years of development, Kon Tum city is starting to brand itself as a dynamic young urban physique, with a desire to innovate and make a strong breakthrough. However, it can be seen that the urban infrastructure of Kon Tum city so far has not been developed in proportion to its particularly important gateway position”, Ms. Huong Tran Kieu Dung, FLC Group’s General Director commented. And she attributed the discrepancy to many aspects such as limited urban transportation infrastructure, small-scale and fragmented services utilities and the absence of new urban areas.

Based on thorough research and surveys to utilize and maximize local strengths, contributing to a strong breakthrough for the young city, FLC Group has decided to invest in FLC Legacy Kon Tum, an urban area project.

“Being well-planned in reference to well-known models of urban areas in the world, FLC Legacy Kon Tum once coming into operation shall become a model urban, contributing to improve the overall appearance and picture of Kon Tum’s urban and service infrastructure. Accordingly, this is not only a worth living place but also an attractive stop for tourists when coming to the Central Highlands” Ms. Tran Kieu Dung Huong, FLC Group’s General Director emphasized.

Appreciating the open and transparent investment environment, along with the spirit of accompaniment and cohesion of the local government and people in Kon Tum, Ms. Dung said legal and administrative procedures for FLC Legacy Kon Tum was completed at an impressive speed and in supportive manner. In just a few months, all needed procedures from master planning approval to construction license were finished.

This will be an important driving force for the next key projects of FLC Group to be implemented faster and more aggressively in Kon Tum as well as in other provinces of the Central Highlands.

Combined with the synchronized ecosystem including a series of high-class resorts and domestic and international flights of Bamboo Airways bridging customers to such destinations, FLC Group expects those projects shall contribute to bringing Kon Tum and the Central Highlands in general to become a new urban and tourist center of Vietnam in the coming time.

At the end of the second quarter and the third quarter of 2019, FLC Group plans to officially commence a series of real estate projects from resorts to high-class urban areas in many localities such as Quang Ngai, Dong Thap and Kon Tum, Tuyen Quang, Gia Lai… Given a coherent and synchronous investment plan, those projects are expected to create model urbans and tourism complexes providing full services and amenities, which shall positively contribute to improving tourism and urban infrastructure in many localities throughout Vietnam. 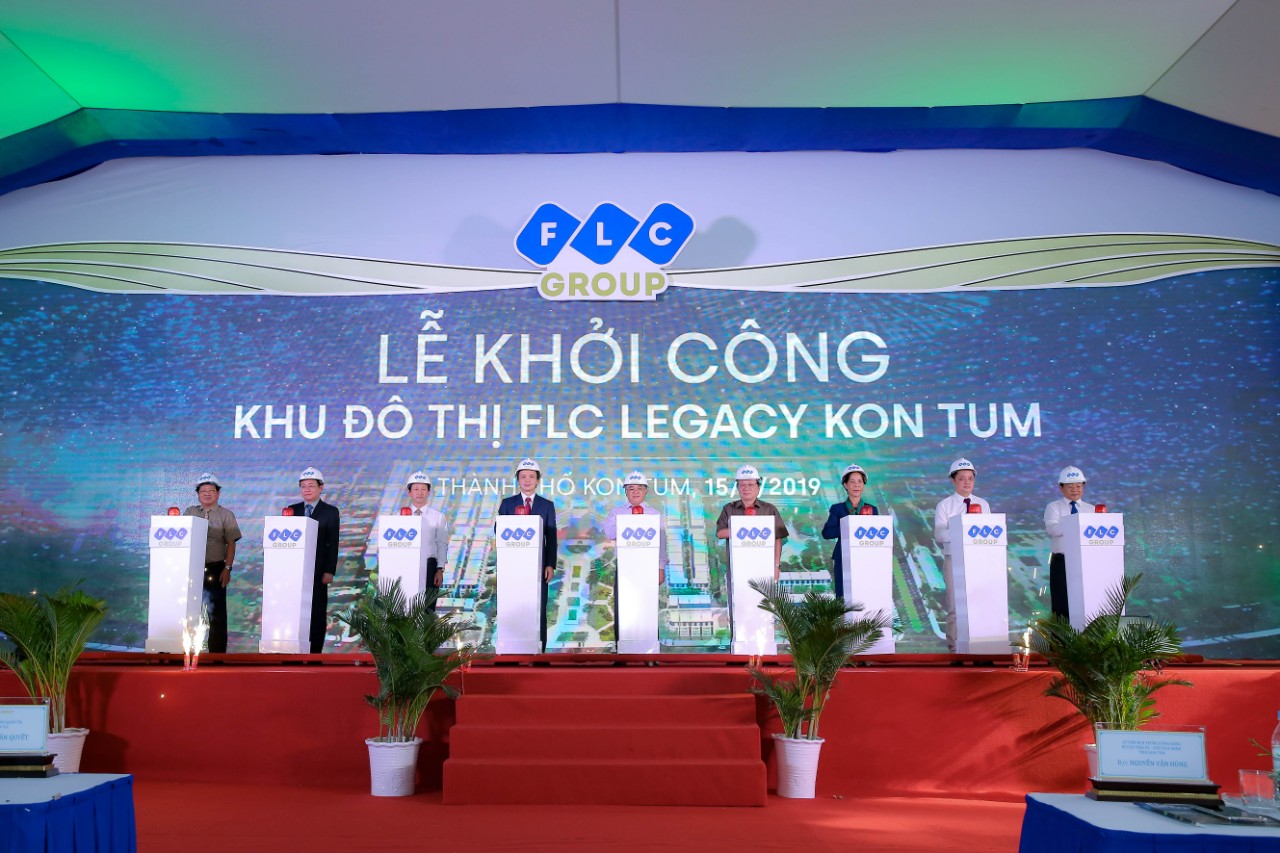 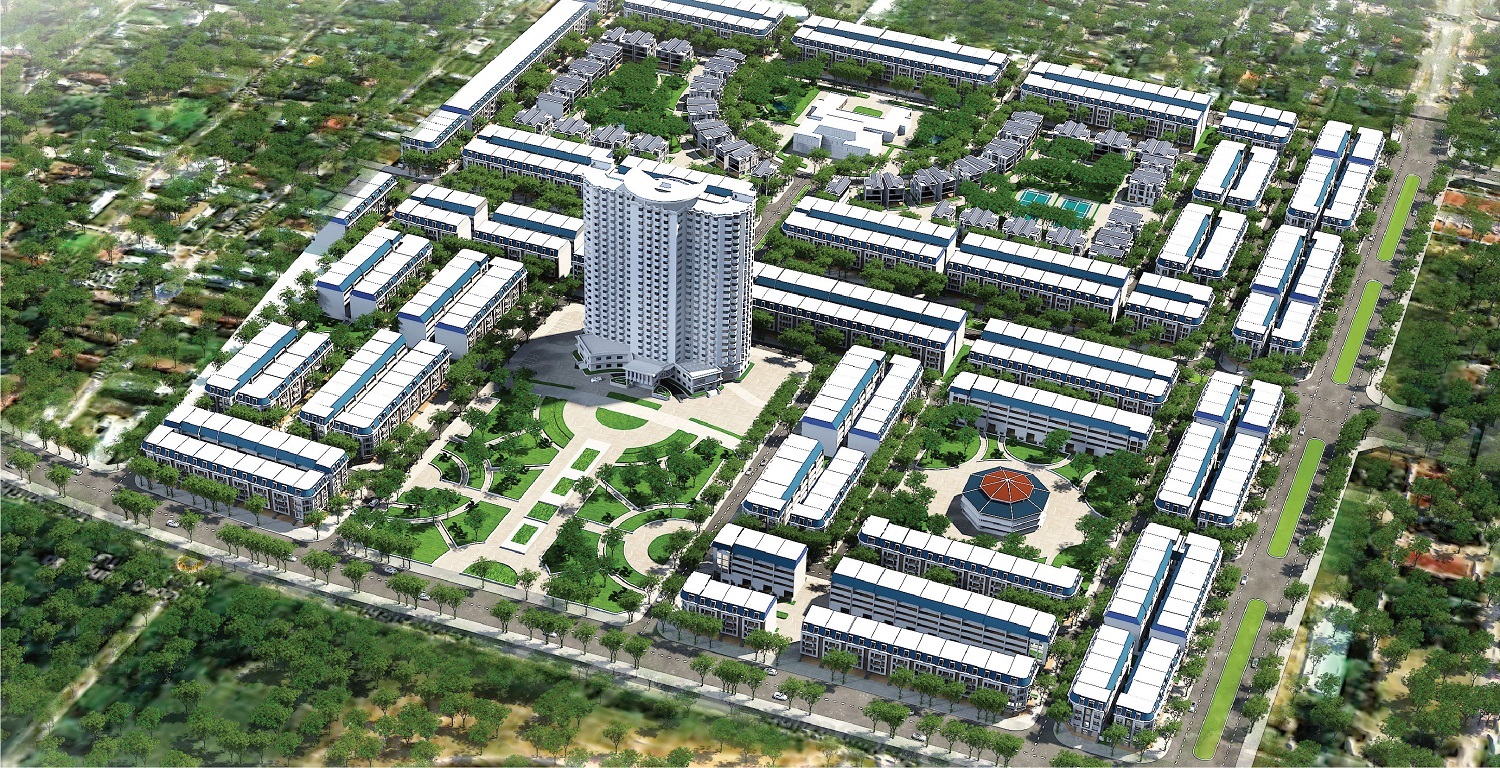 FLC Legacy Kon Tum is designed to become the most modern urban, timely satisfying the growing demand for accommodation, entertainment and shopping in Kon Tum. 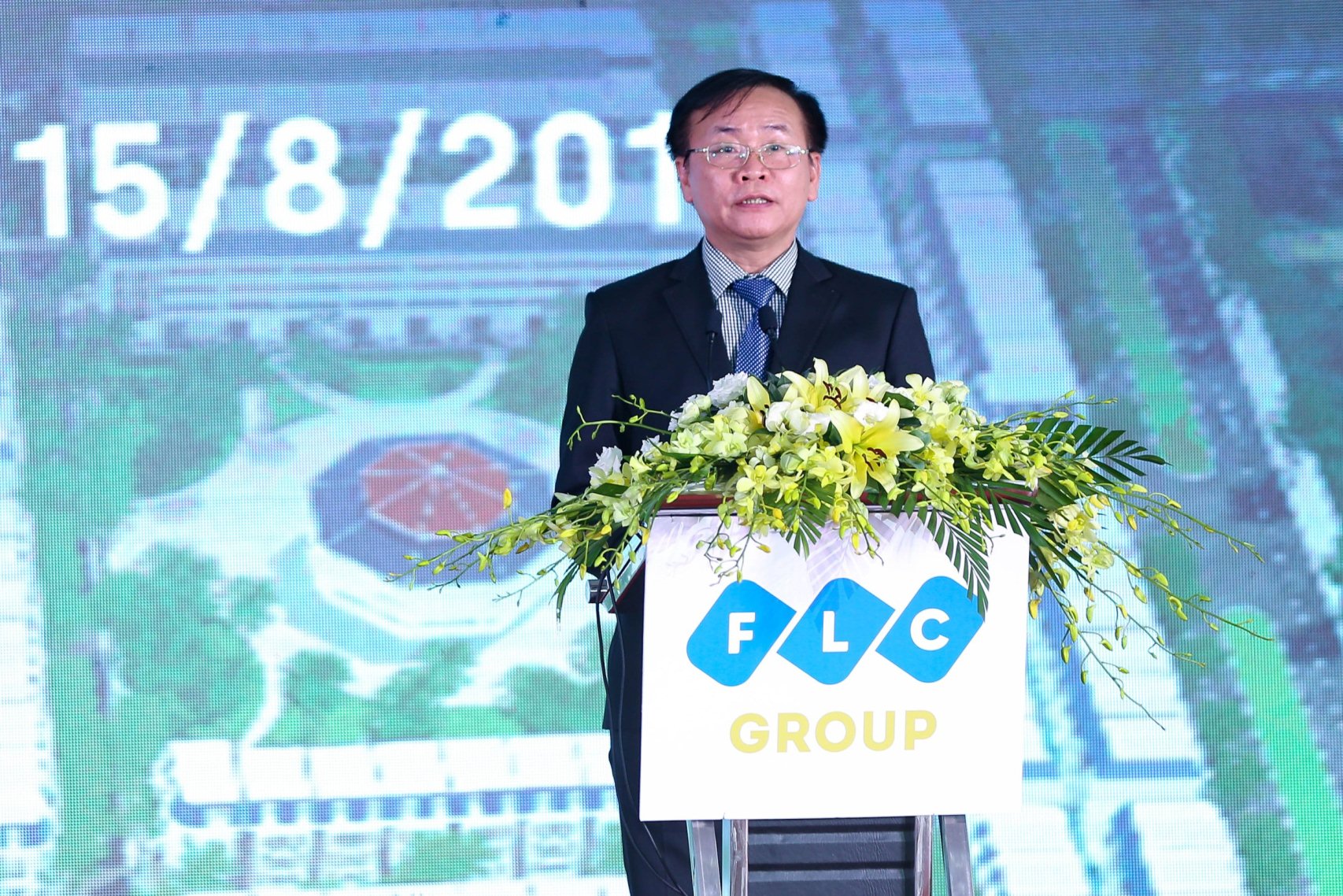 Mr. Nguyen Van Hoa – Deputy Secretary of the Provincial Party Committee, Chairman of the People’s Committee of Kon Tum province made a speech. 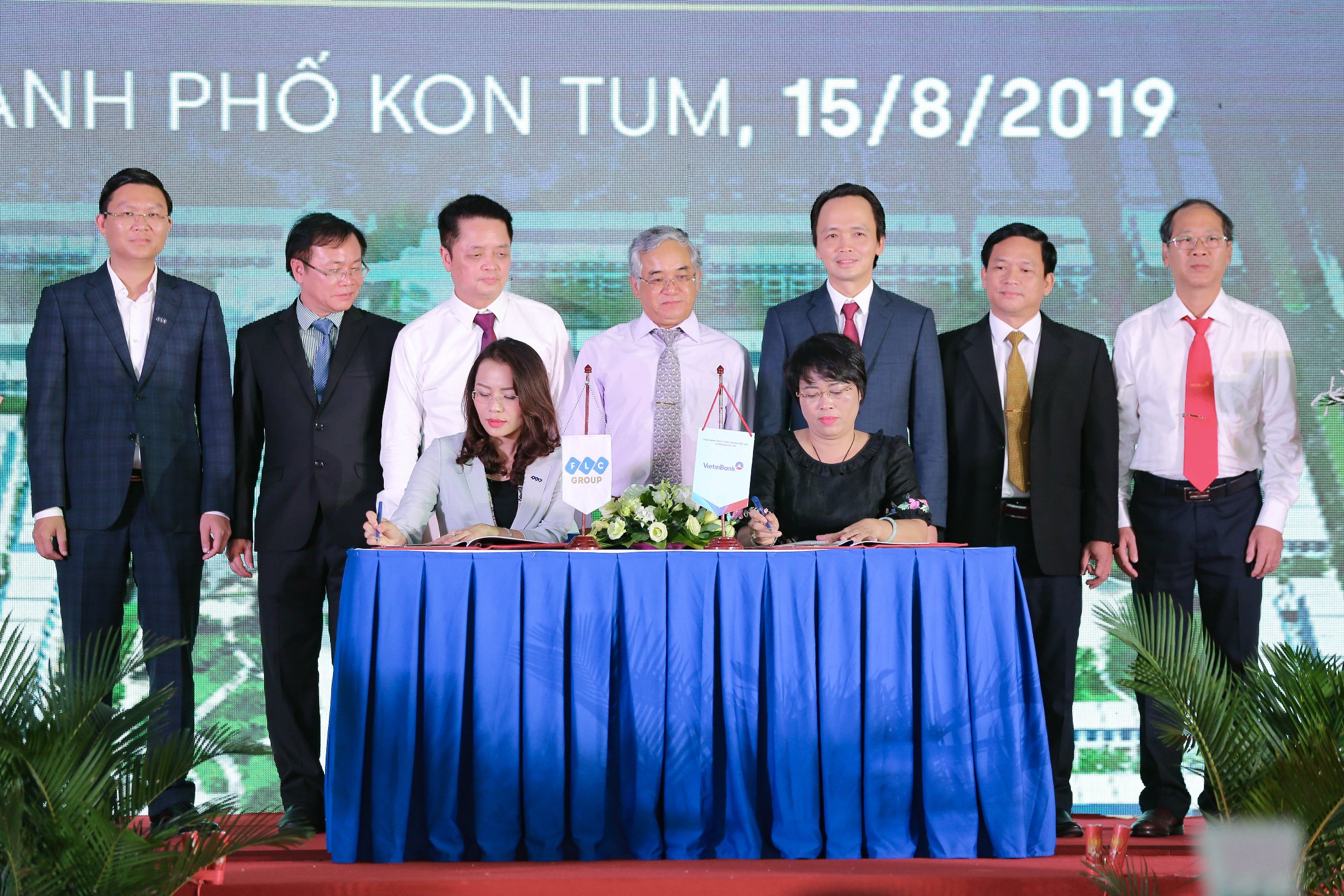 The signing ceremony of a comprehensive cooperation agreement between FLC Group and Vietinbank – Kon Tum Branch. 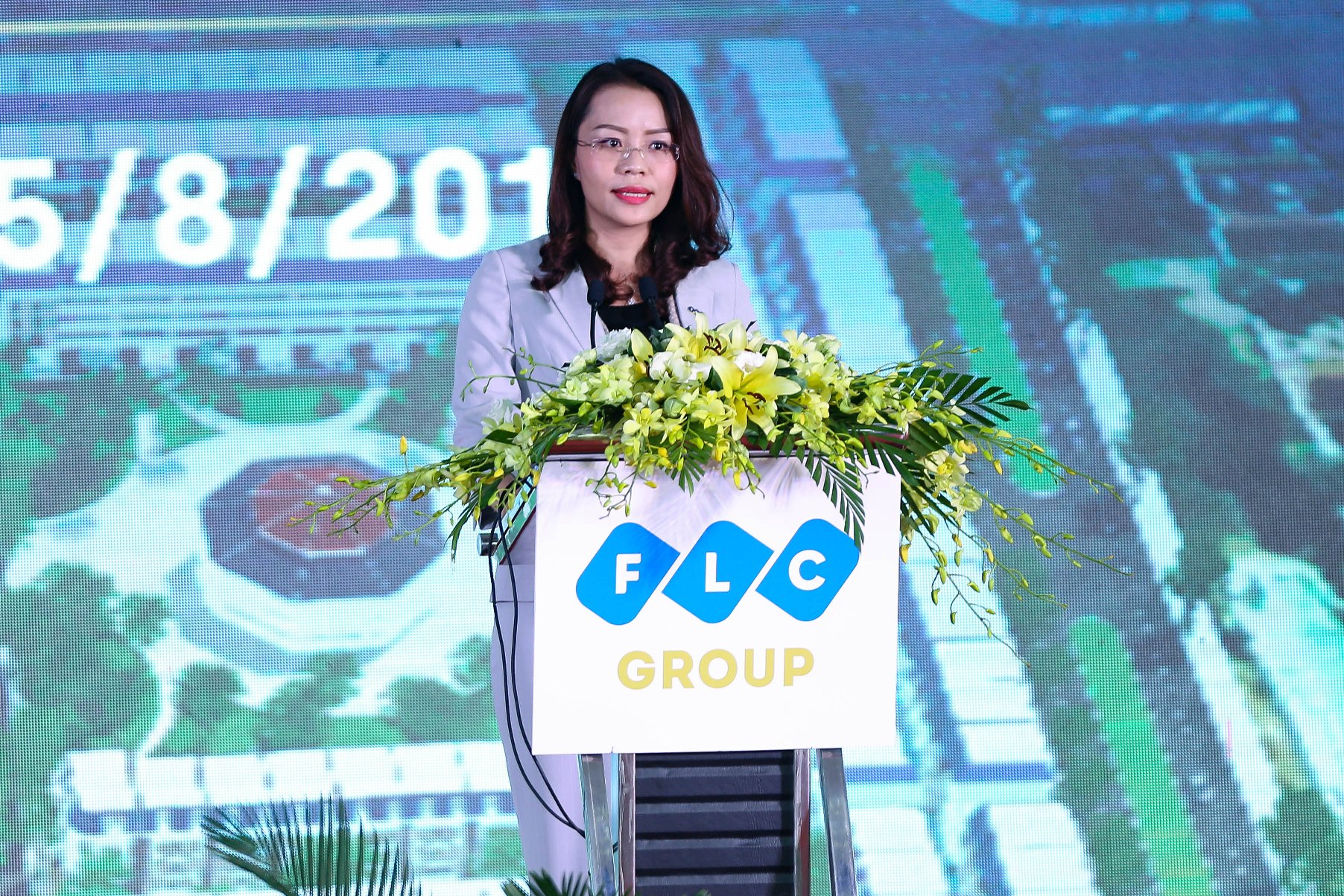 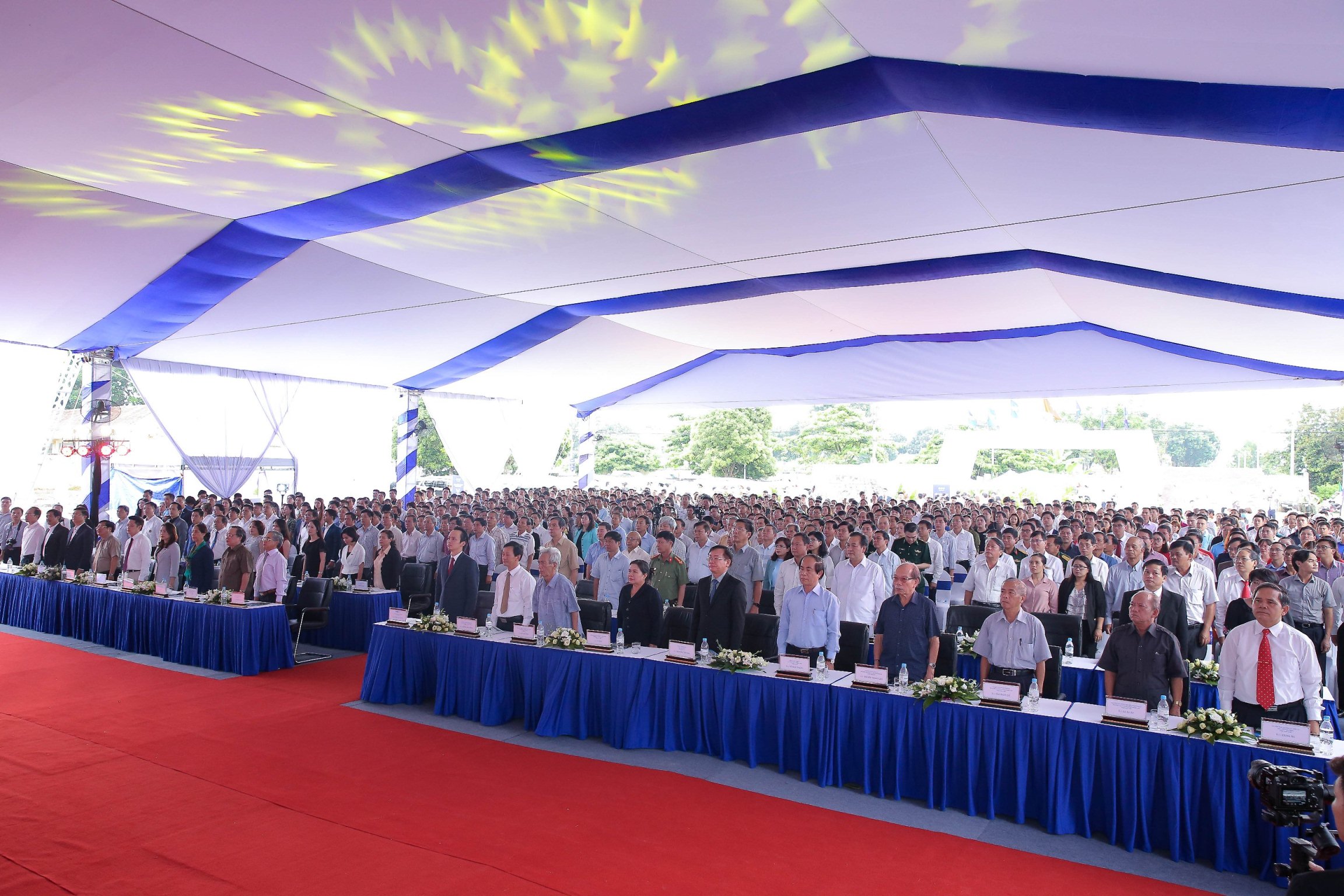 The groundbreaking ceremony took place solemnly with the participation of many senior leaders of Kon Tum province, leader of the Central Highlands provinces and numerous local people.