With the capacity of 1,500 rooms that can accommodate up to 3,500 guests, FLC Grand Hotel Quy Nhon is considered as the one of the largest 5-star hotels in the central region in particular and Vietnam in general. 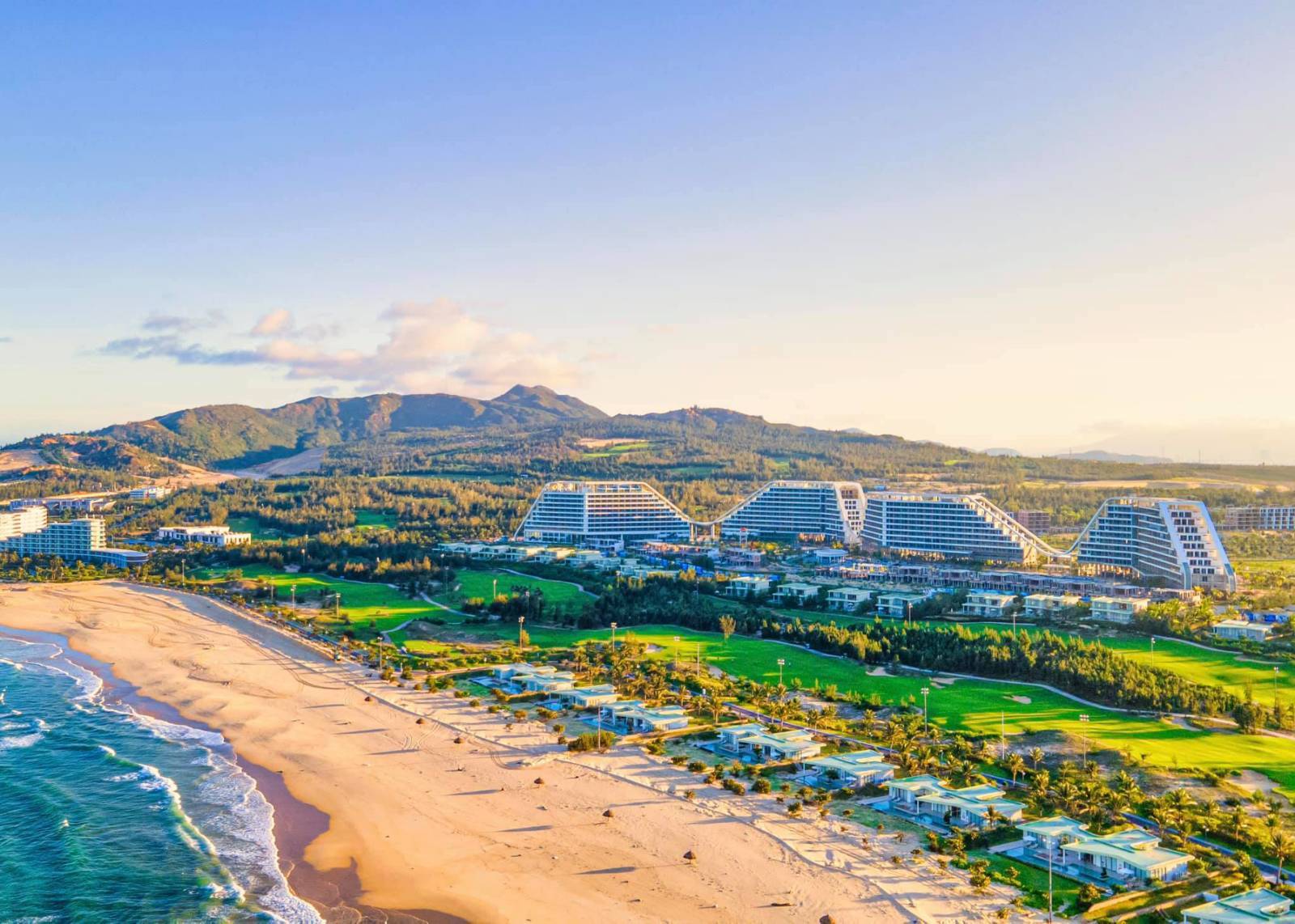 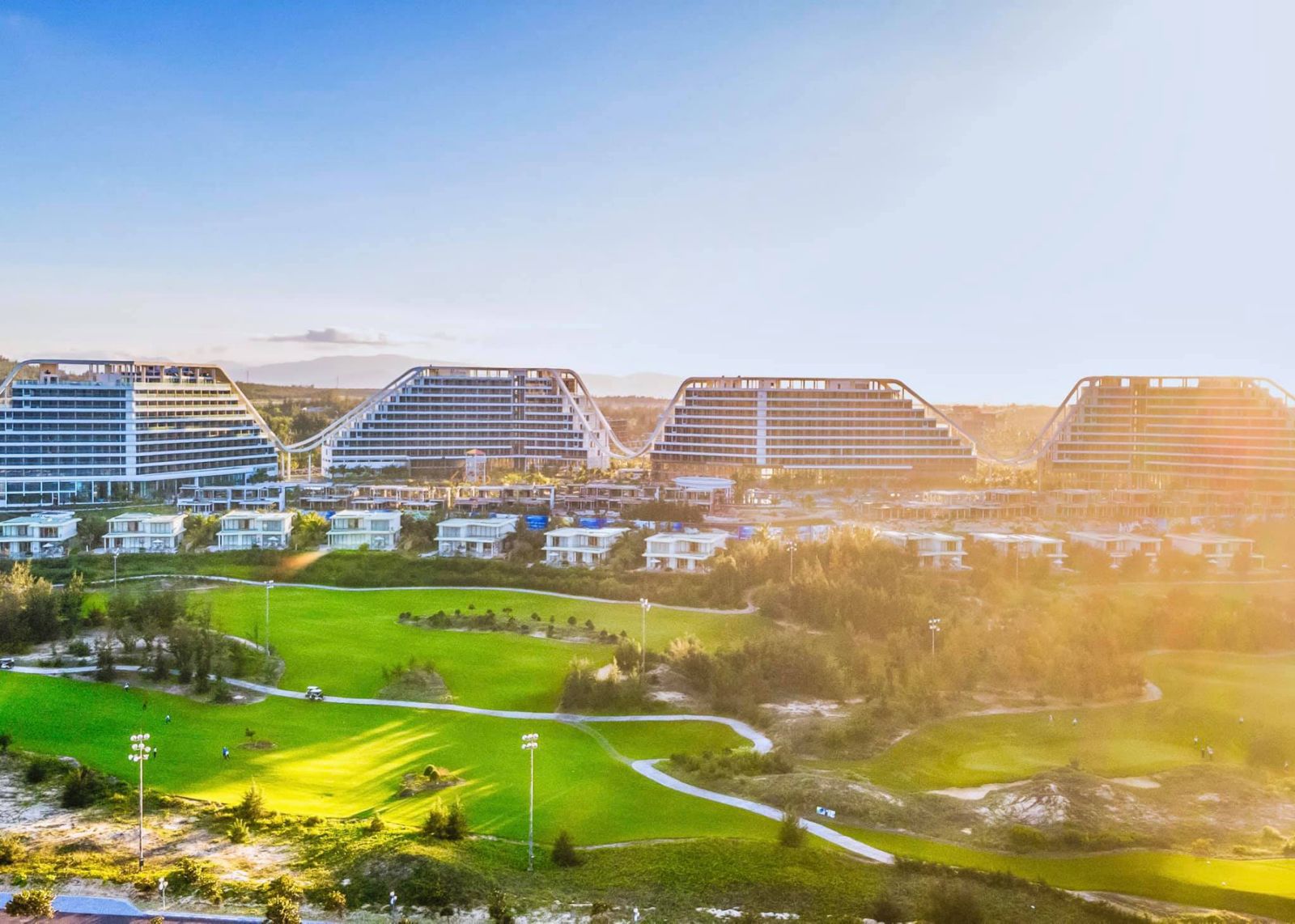 Noticeably, an outdoor swimming pool with the record length of nearly 1km running along the front façade of the four hotel buildings creates a vast water-featured space. This makes visitors feel that the sea is just some step away.

The project is designed by Baumschlager Eberle Architekten (BE) – one of the global leading architectural firms. The aim is to create a green tropical space in maximum harmony with the typical ecological characteristics of South Central coastal region, as well as a luxury resort space that is environmentally friendly while preserves local cultural identity. 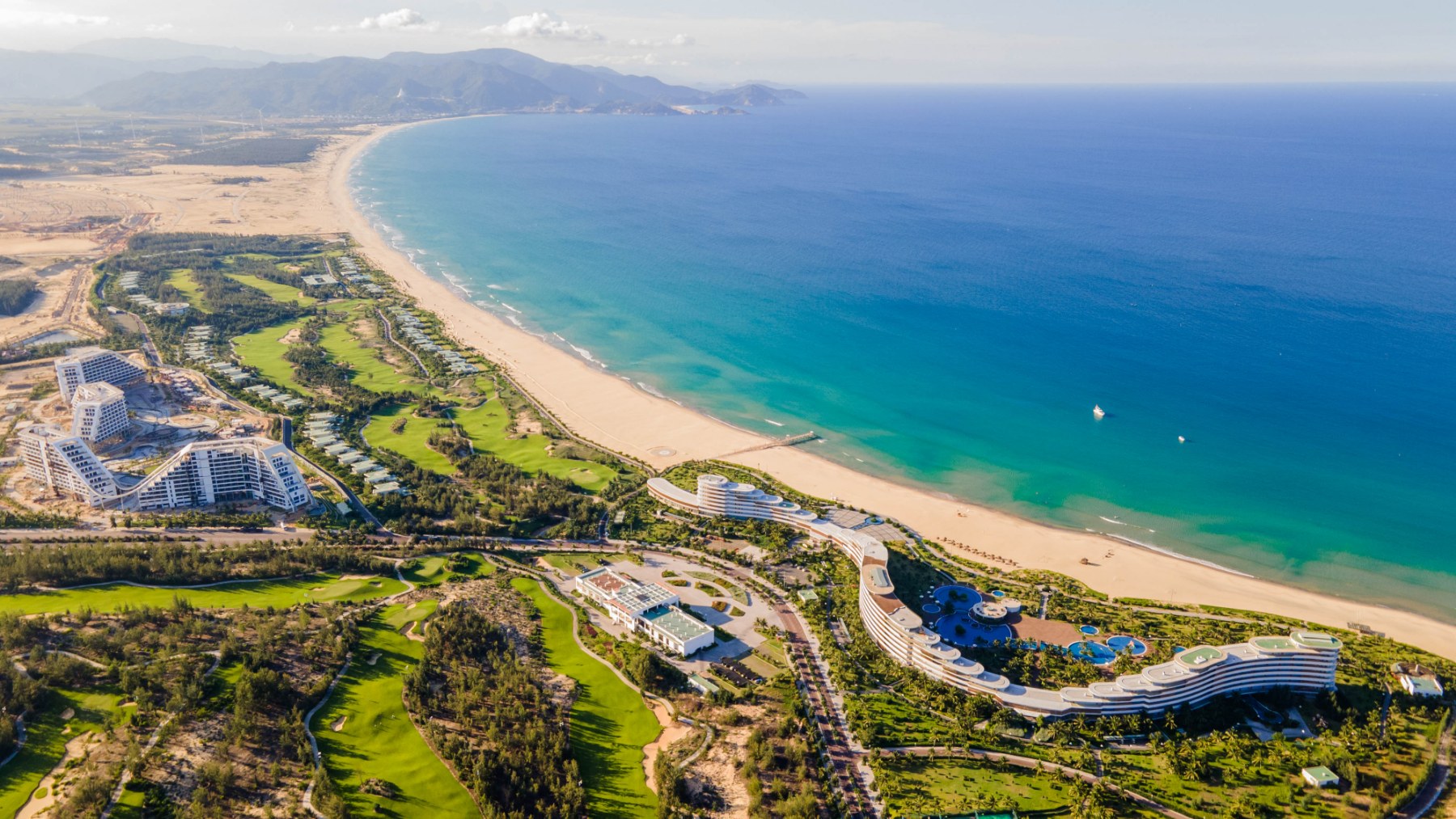 As one of the hotel complexes that are built to 5-star standard, FLC Grand Hotel Quy Nhon is accommodated with sufficient amenities such as indoor and outdoor swimming pools, playground for children, water park, restaurants and bars, etc.

After coming into operation, the hotel will increase the total capacity of the entire FLC Quy Nhon to 150%, which can accommodate more than 5,000 guests. 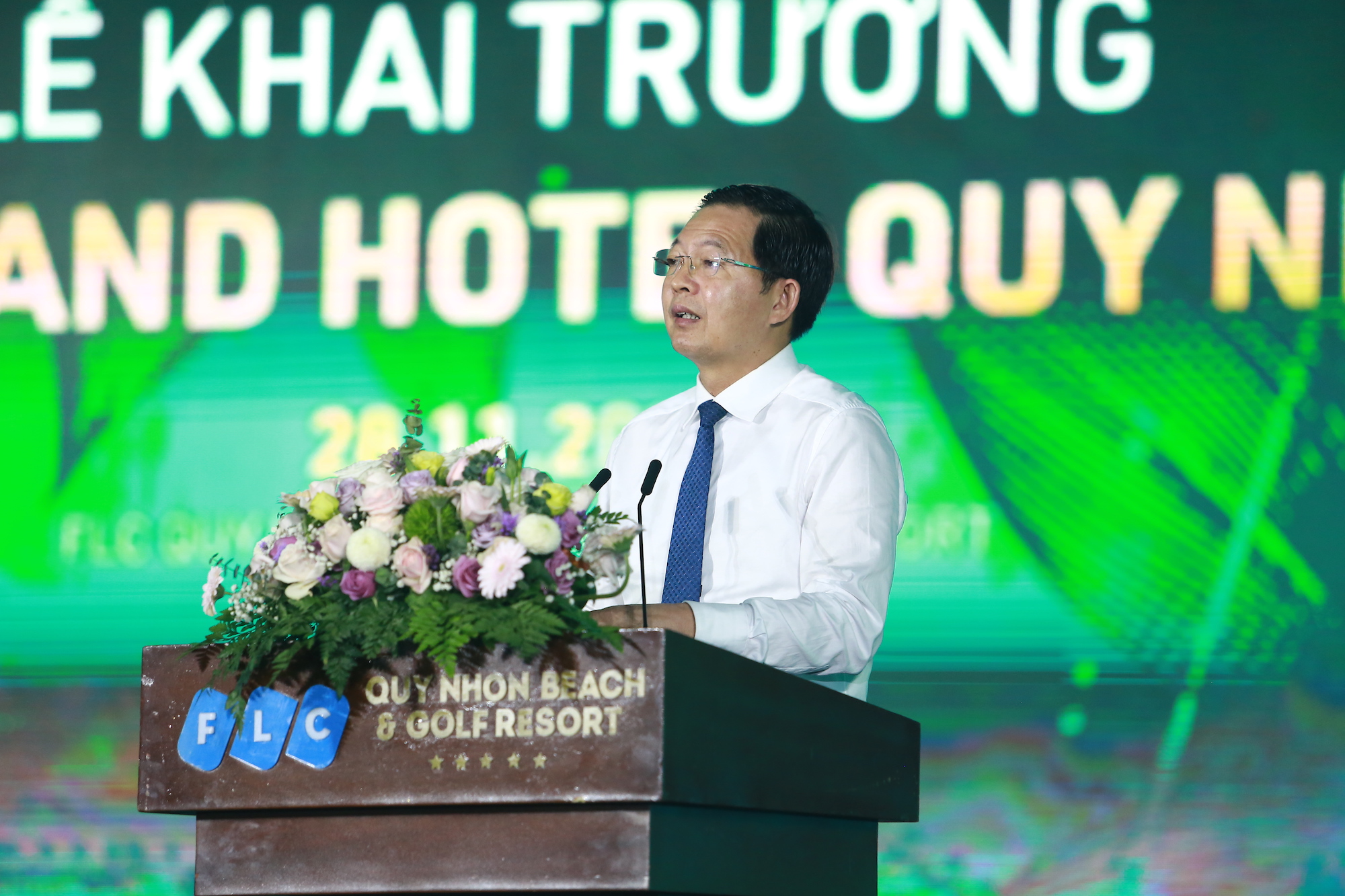 Emphasizing the pioneering role of FLC Group in the tourism development of Binh Dinh, Mr. Ho Quoc Dung – Secretary of Provincial Committee of Binh Dinh province indicated that FLC is the key brand that creates a turning point and foster the growth of the tourism and hospitality sectors of Binh Dinh through many years.

”This the first business that set pace on the wild land of Nhon Ly and rapidly turned it into a beautiful resort. Following FLC Luxury Hotel Quy Nhon, the opening of FLC Grand Hotel Quy Nhon is the continuation, addition and diversification of high-class tourism/resort products in Binh Dinh. It is also expected to meet the increasing tourism demand in a better way, thereby contributing to make Binh Dinh become one of the leading tourist destinations of the Central region in particular and Vietnam in general”, said Mr. Dung. 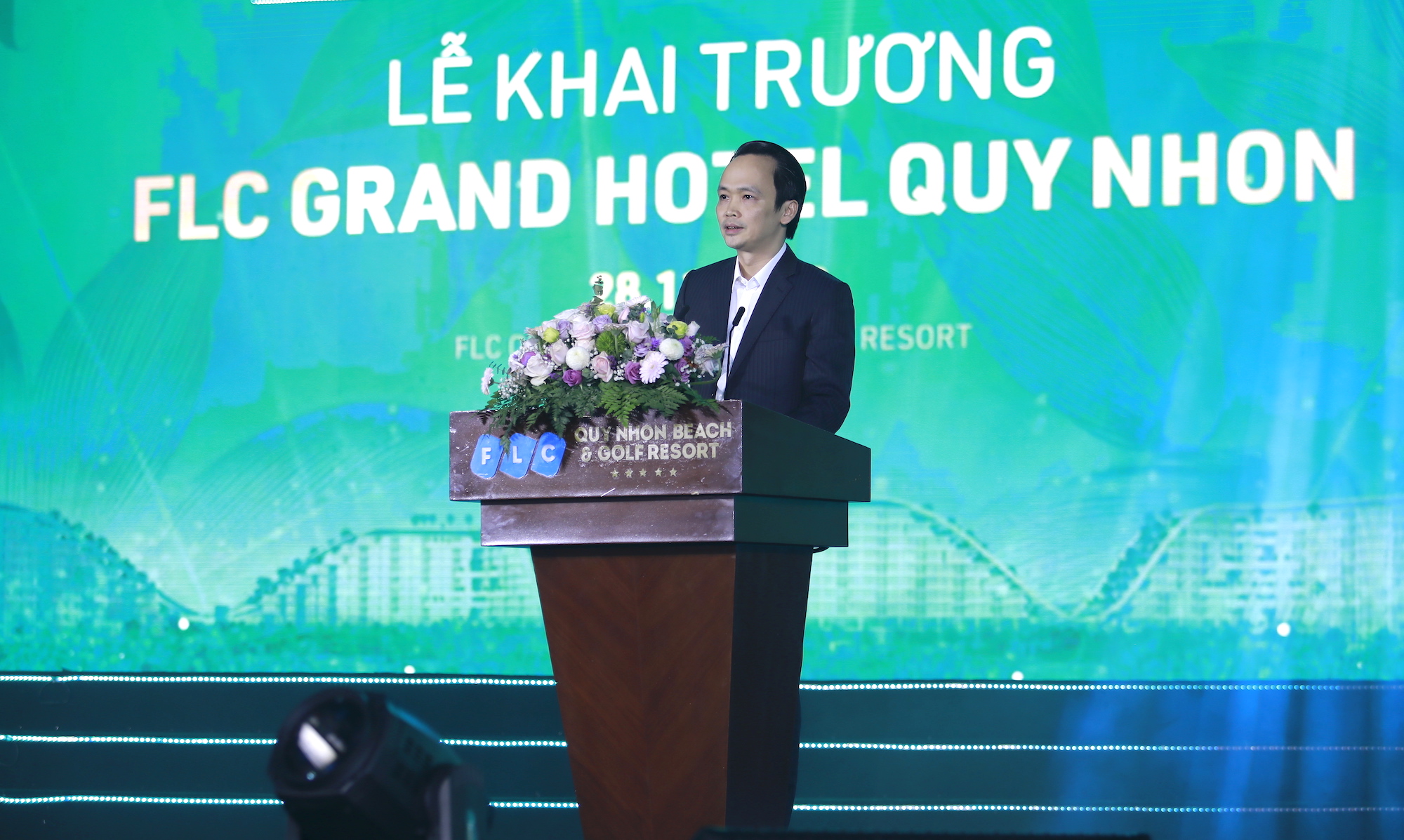 “”FLC Grand Hotel Quy Nhon continues actualizing our dream in constructing high-class resorts with impressive architecture. Accordingly, we can contribute to improve and promote the tourism of Quy Nhon and Binh Dinh in both domestic and international dimensions”, said Mr. Quyet. 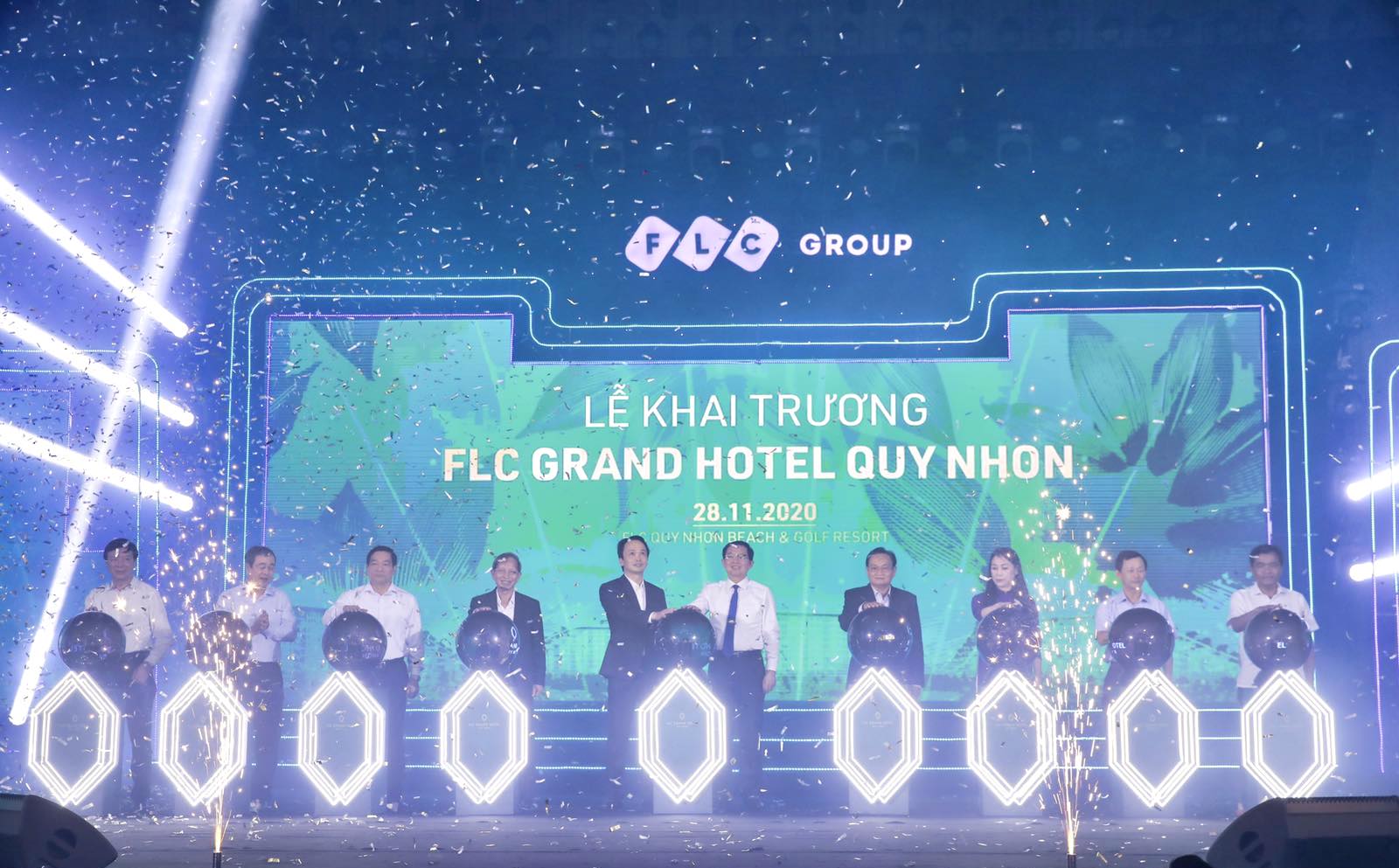 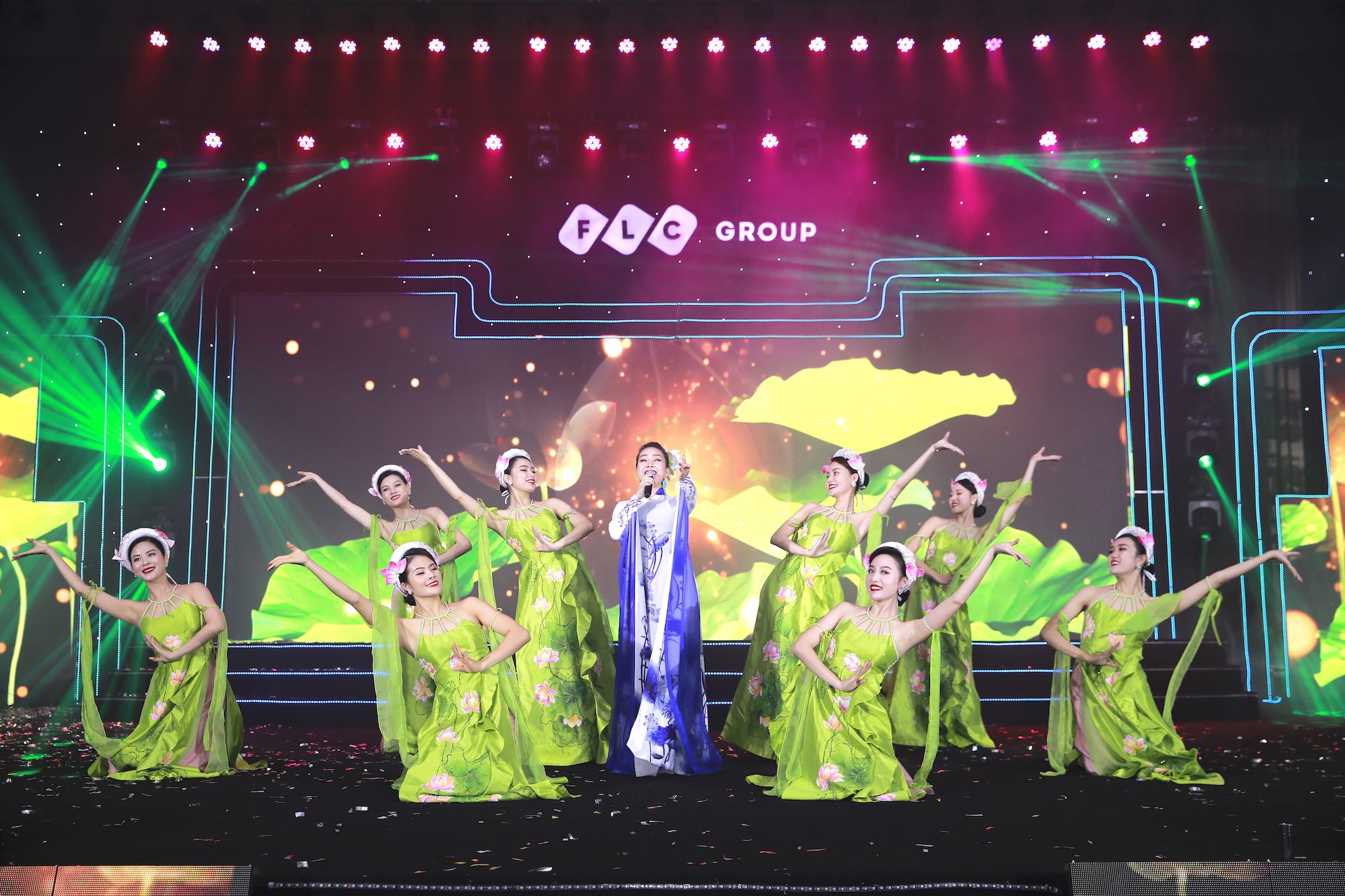 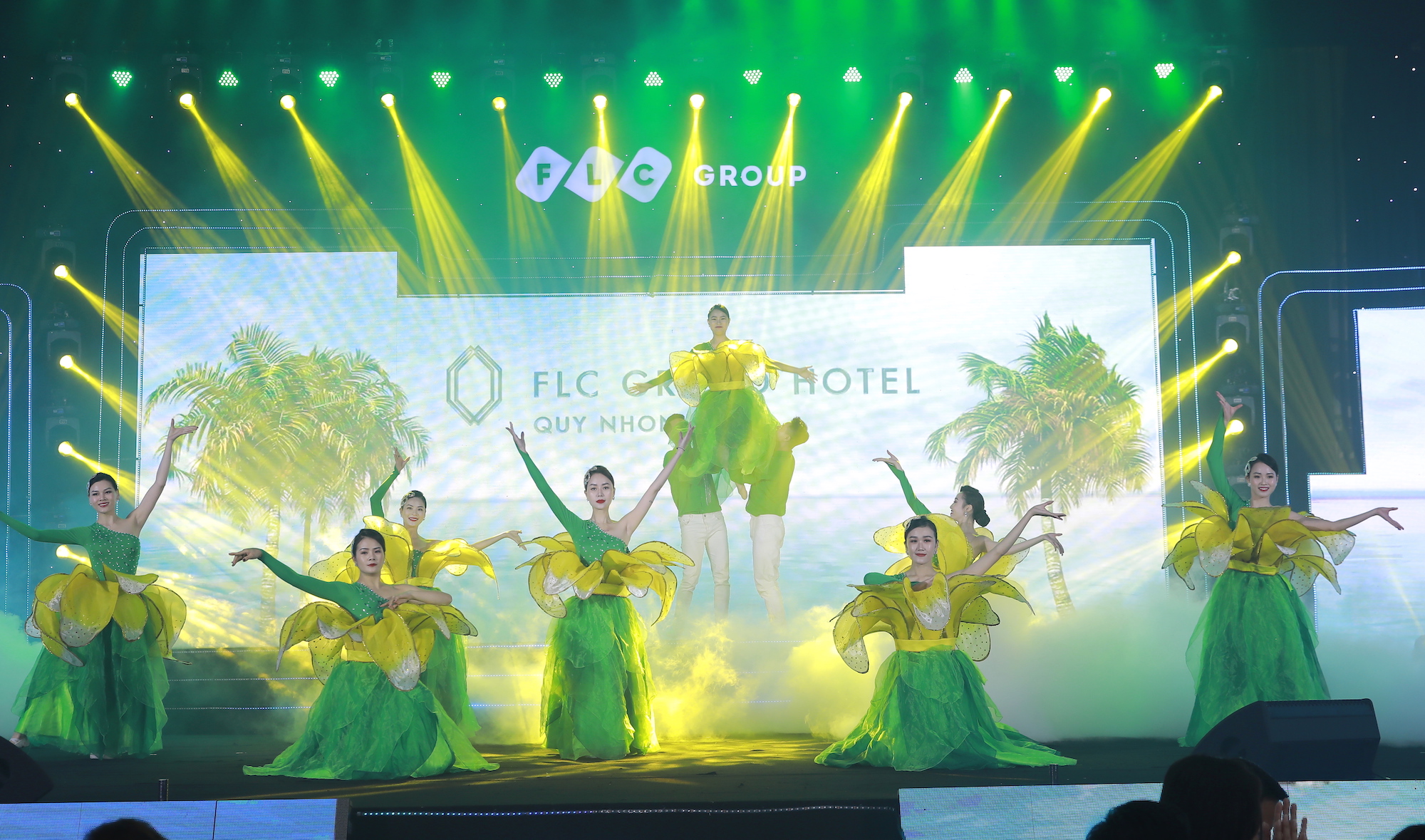 According to the Chairman of FLC Group, along with the opening of FLC Grand Hotel Quy Nhon, FLC Group is currently finishing off the final categories of the FLC Sea Tower Quy Nhon and preparing for its opening. This project is a hotel, shopping centre, high-end apartment complex located in the heart of the city.

By choosing Binh Dinh to locate the headquarter of Bamboo Airways, it is revealed by Mr. Quyet that FLC Group will carry on launching more flight routes that connect Quy Nhon – Binh Dinh to other domestic and international destinations.