On November 3, 2019, Bamboo Airways welcomed the first Airbus A320neo no. VN-A596. The appearance of this aircraft impressed people with outstanding words “Fly Green” in scribed on its body, carrying a meaningful message about the environment. 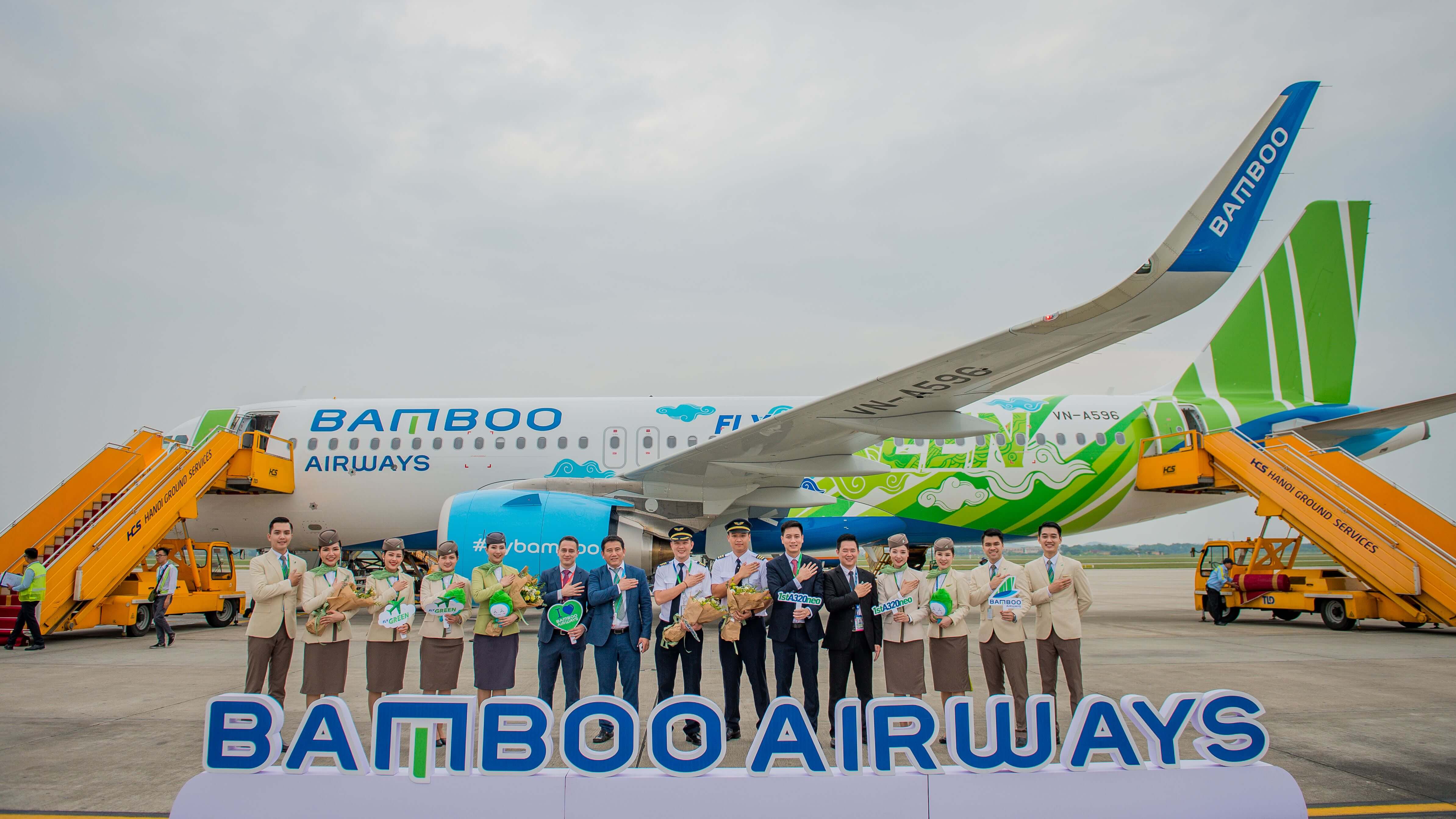 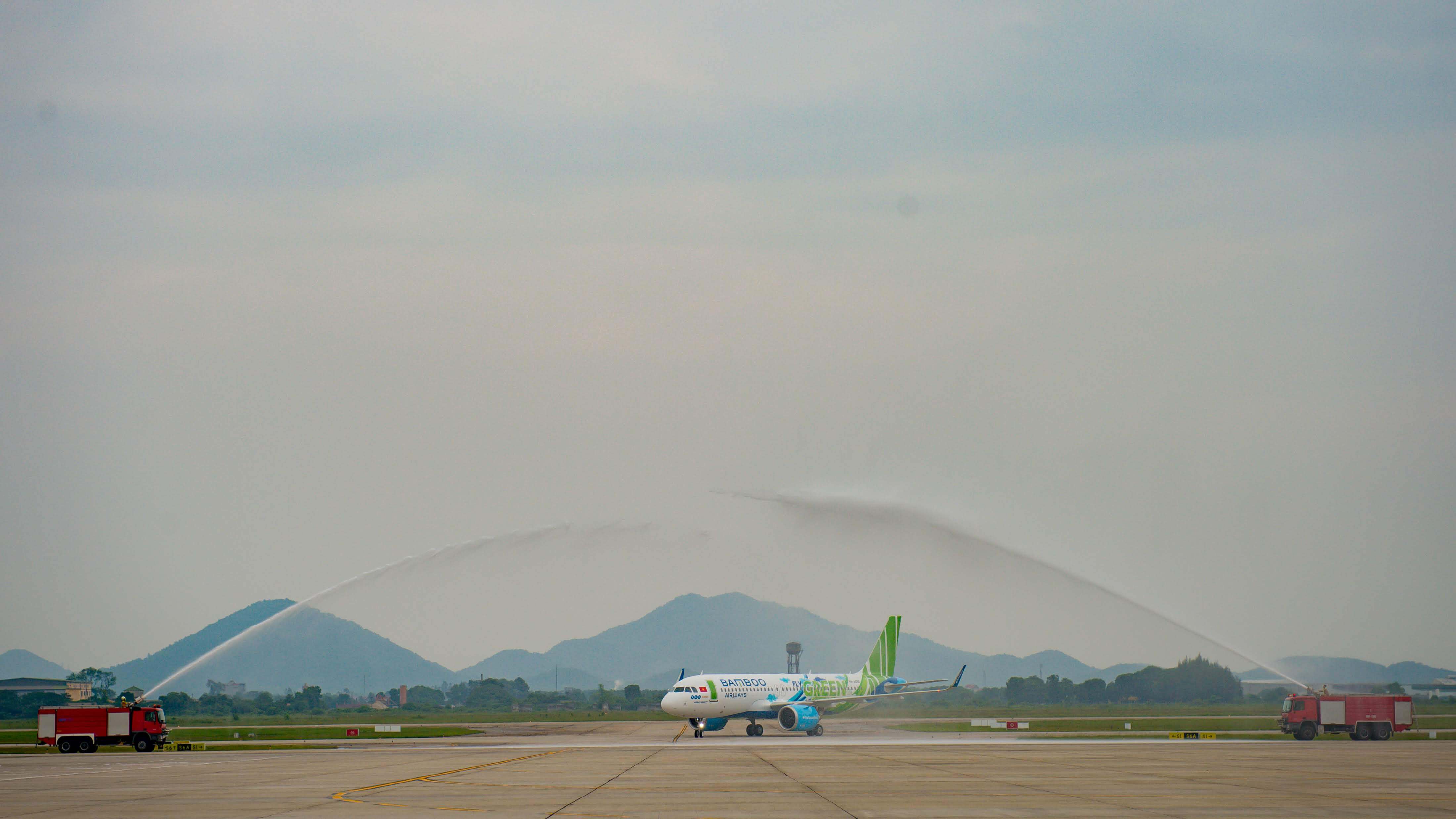 The aircraft’s exterior design originates from the name “Bamboo Airways” of the Airline.

The image of bamboo forest rising to the sky shows the simplicity, intimacy but full of vitality and toughness. The colors used are similar to these of Bamboo Airways’ logo, bringing out a youthful and harmonious look. 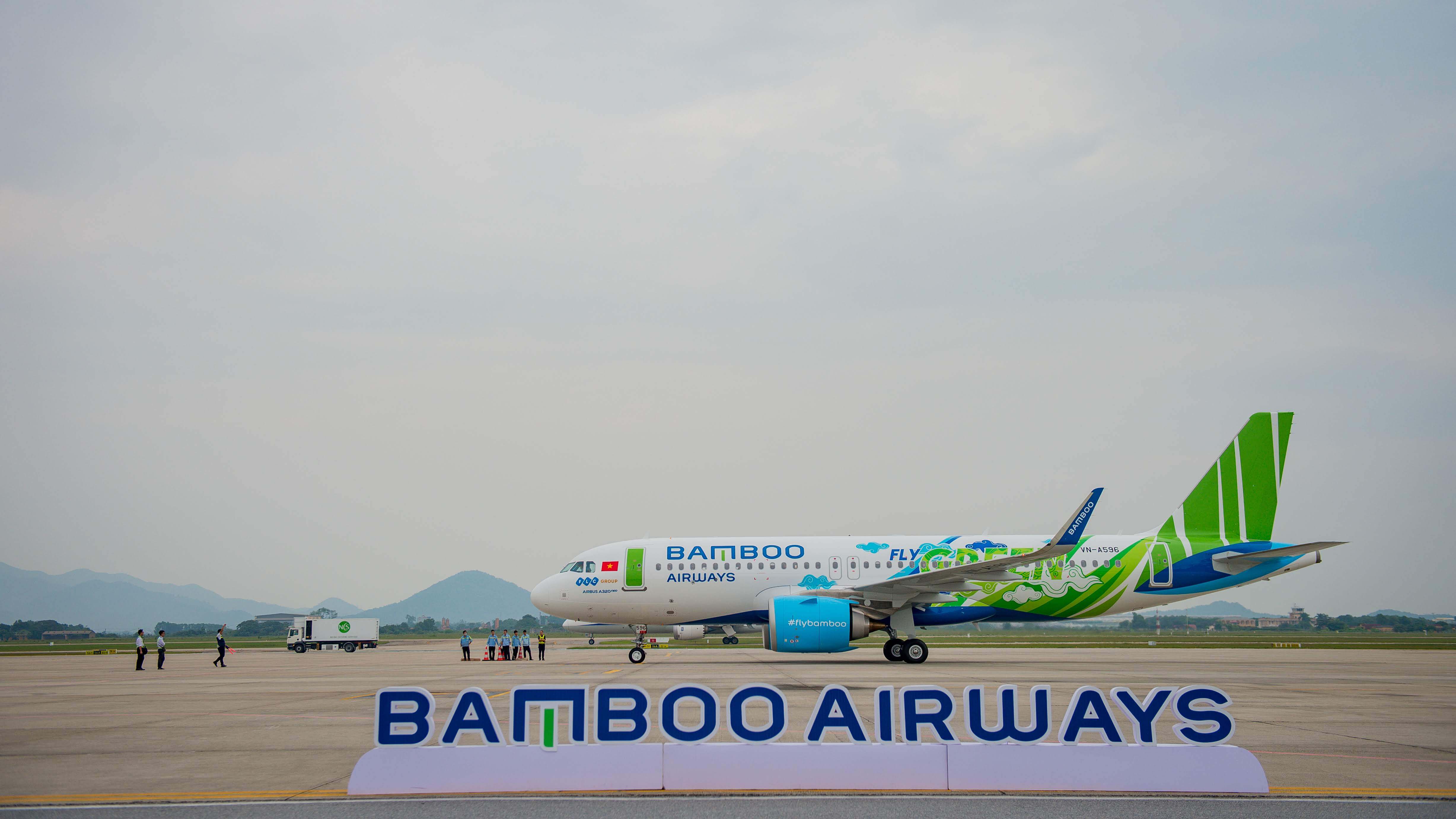 Outstanding large words “Fly Green”, which bears the key message of the design, remind people the role of the Airbus A320neo aircraft in marking the beginning of the Airline’s Fly Green campaign.

Inheriting advanced features from the A320 family, the Airbus A320neo version is equipped with the new Leap-1A engine from CFM, allowing the aircraft to reduce up to 15% of fuel consumption. 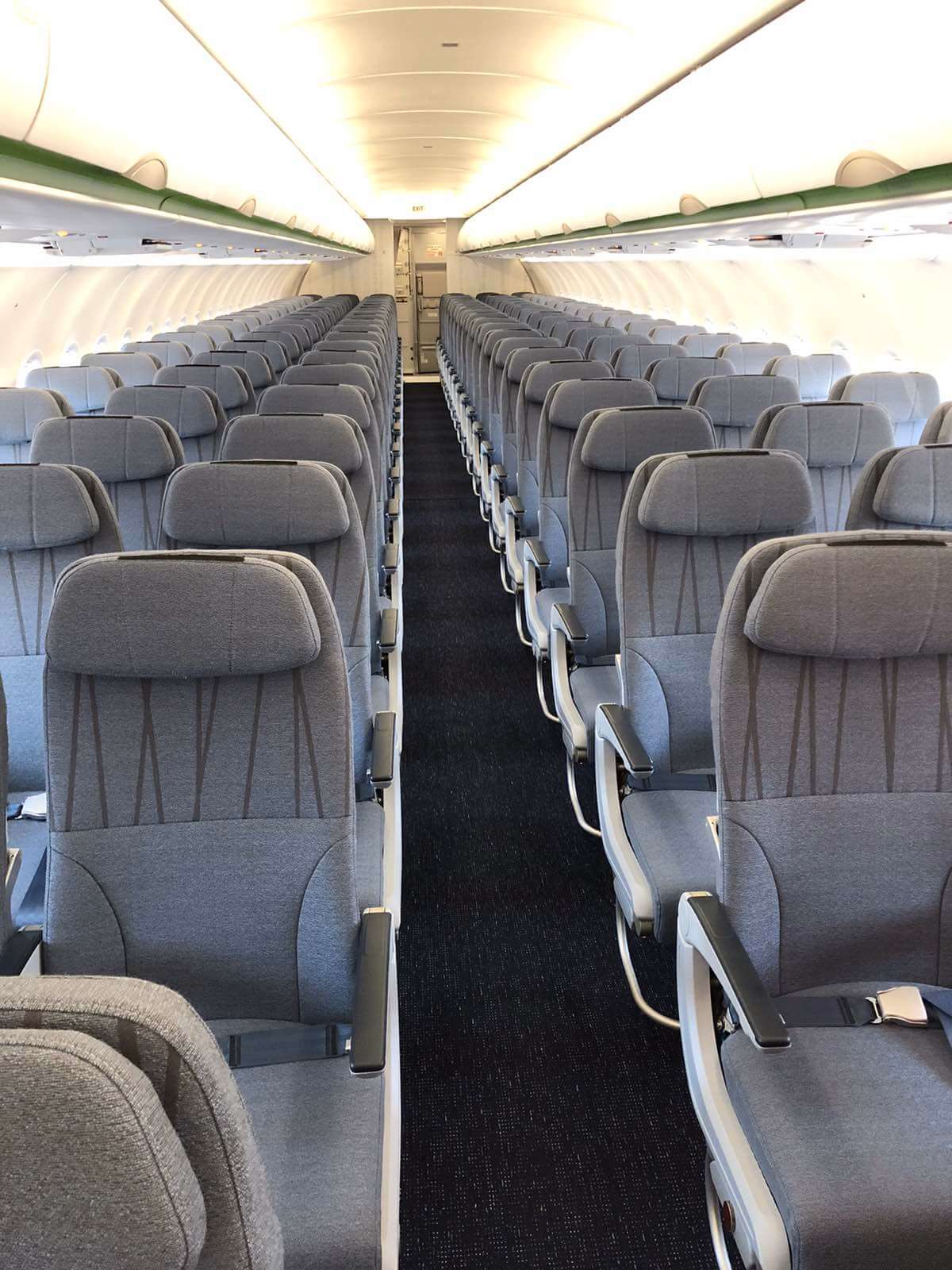 The Airbus A320neo cabin is 27.51m in length and 3.70m in width, allowing the maximum configuration of 194 seats. In addition, Bamboo Airways continues to increase passenger cabin comfort by reducing the number of seats to 170, maximizing legroom, seating and reclining space and widening the aisle in the cabin. The seats are manufactured by Recaro, a well-known aircraft manufacturer from Germany.

Bamboo Airways’ new Airbus A320neo is the first “ambassador” to bear a meaningful message about the environment, demonstrating Bamboo Airways’ strong “green” spirit from the appearance of the aircraft. Following the success of the first trial green flights in June 2019, the Airline will accelerate its Fly Green campaign on all flights from November 2019, restricting the use of single-use plastic by the use of environmentally friendly materials which are recyclable or biodegradable. 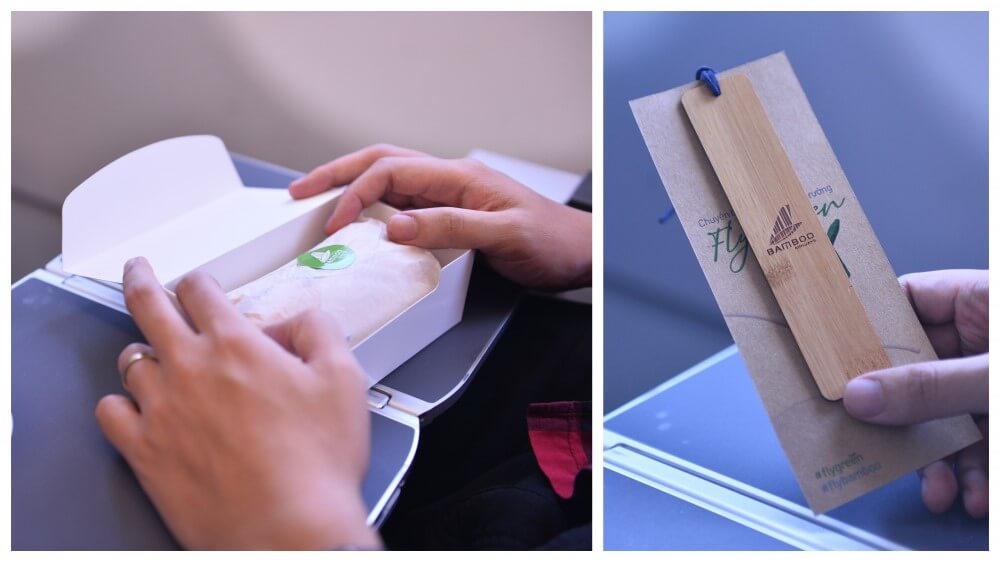 With advanced features to help reduce fuel consumption of Airbus A320neo aircraft, Bamboo Airways hopes to become one of the pioneer airlines in Vietnam showing the great determination to reduce plastic waste and air pollution, thereby strongly inspiring organizations and individuals to protect the environment by changing their smallest habits. 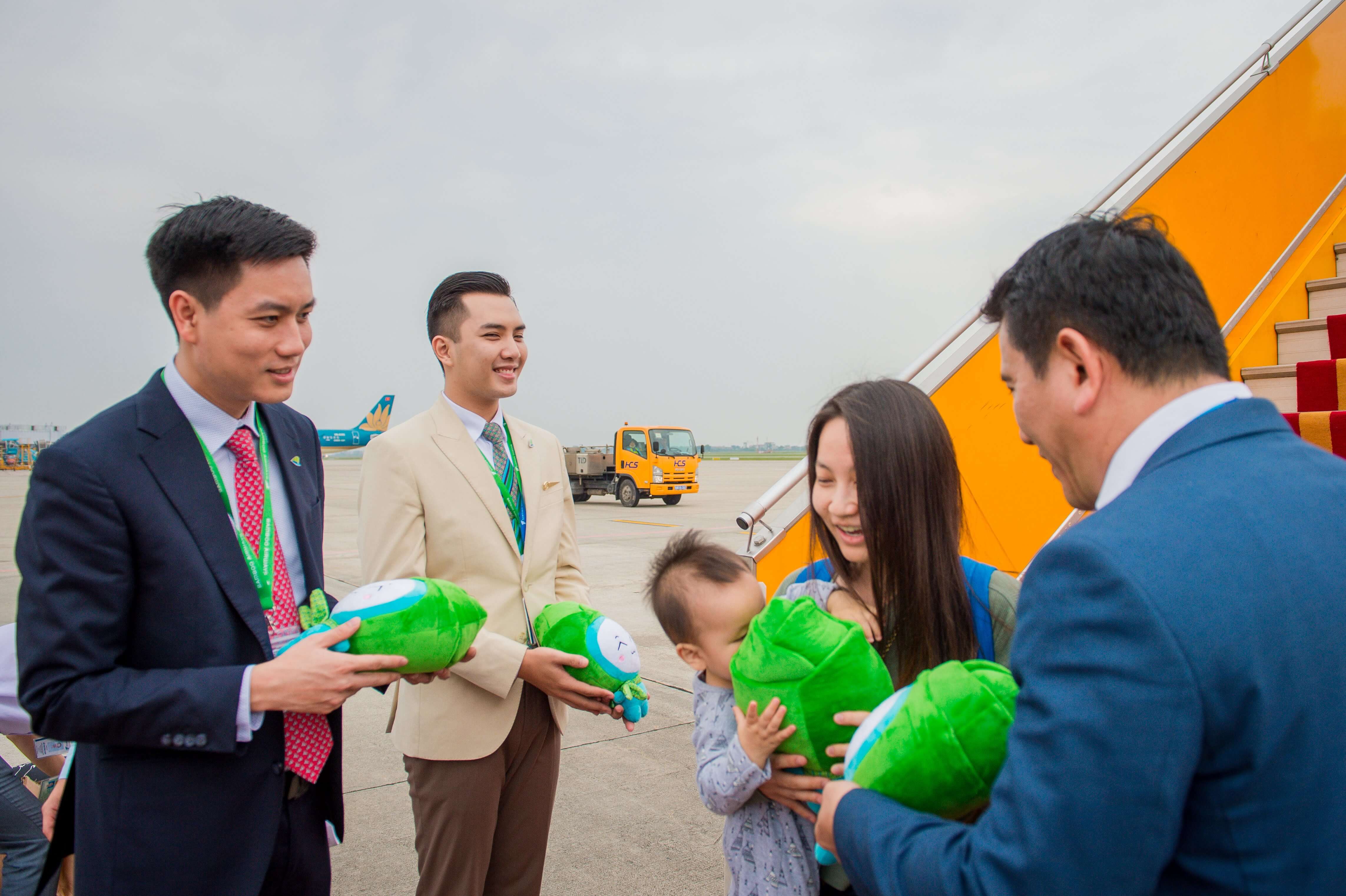 Customers are given “Bamboo baby” on Bamboo Airways’ special flight

“Bamboo Airways has been continuously expanding its fleet with various models of modern aircraft, affirming its financial capacity, improving its competitiveness, demonstrating its orientation in exploiting domestic and international routes as well as serving passengers with 5-star service. Especially, the upgrade and expansion of Bamboo Airways’ fleet also has helped the Airline complete its mission of connecting provinces and cities across Vietnam, and connecting Vietnam with the world, making contribution to promoting tourism development, enhancing global economic and cultural exchanges,” said Mr. Bui Quang Dung, Deputy General Director of Bamboo Airways.

The Airline is currently operating 28 domestic and international routes to Japan, South Korea and China (including Macao and Taiwan), planning to expand the network of routes to 37-40 in 2019.

Bamboo Airways has carried out more than 14,000 absolutely safe flights, serving customers with 5-star-oriented service, with an average load factor of 90%, the OTP rate of 93.9%, the highest in the entire aviation industry of Vietnam from January 2019.