At 9:30 AM February 25, QH73 Hanoi – Frankfurt flight took off from Noi Bai International Airport. This is the first regular nonstop route to Europe of Bamboo Airways this year, paving the way for its network expansion to many countries on this continent in 2022. 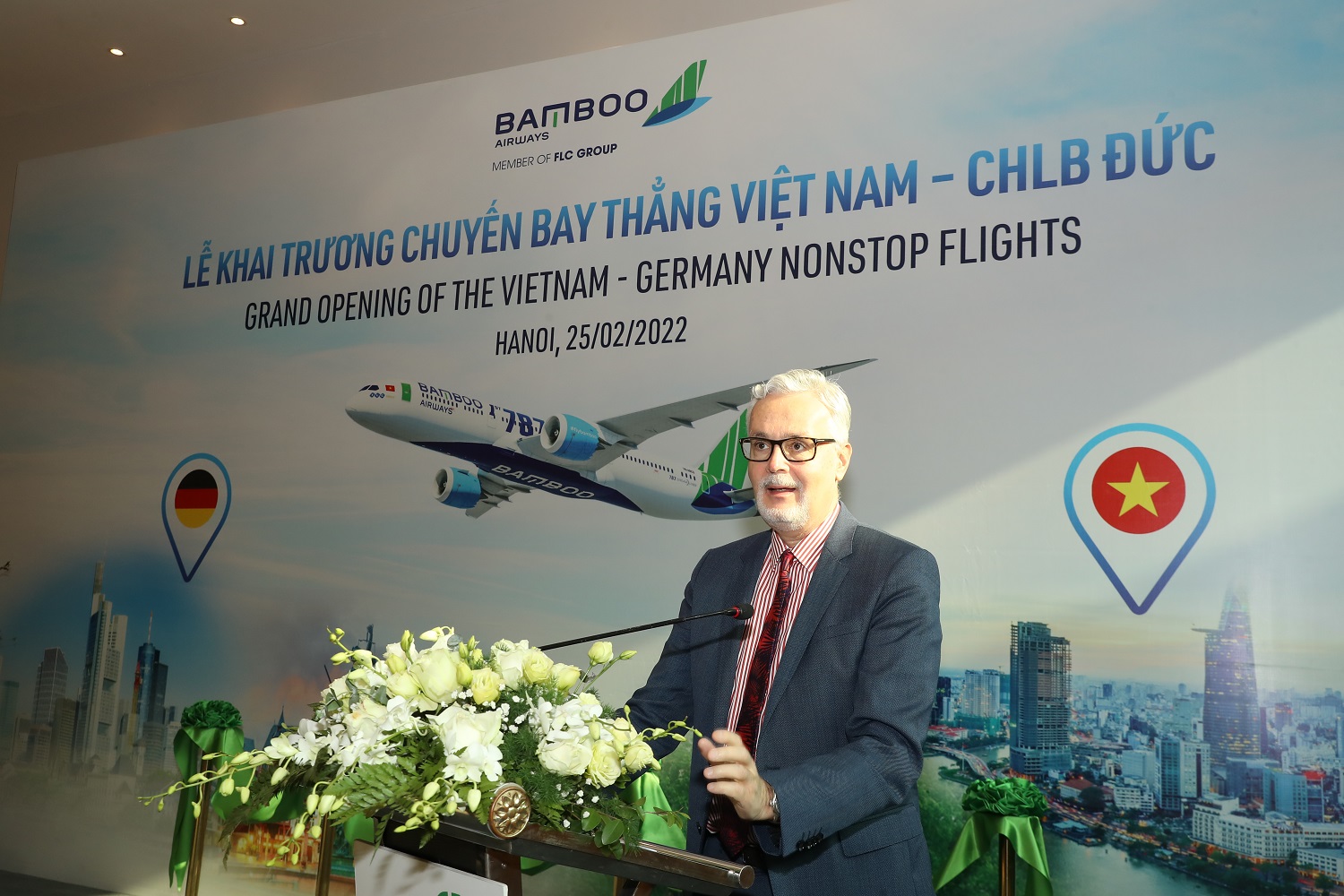 Guido Hildner, Ambassador of the Federal Republic of Germany to Vietnam speaking at the event

Bamboo Airways’ QH73 flight is operated on the wide-body Boeing 787-9 Dreamliner with the utmost fuel efficiency and many superb services and amenities, especially the modern Business cabin suitable for transcontinental flights.

The airline will conduct 2 flights Hanoi – Frankfurt per week, with a bulk-up frequency depending on the market demands, thus providing passengers with international 5-star oriented services and opportunities to experience Vietnam’s rich and vibrant culture. 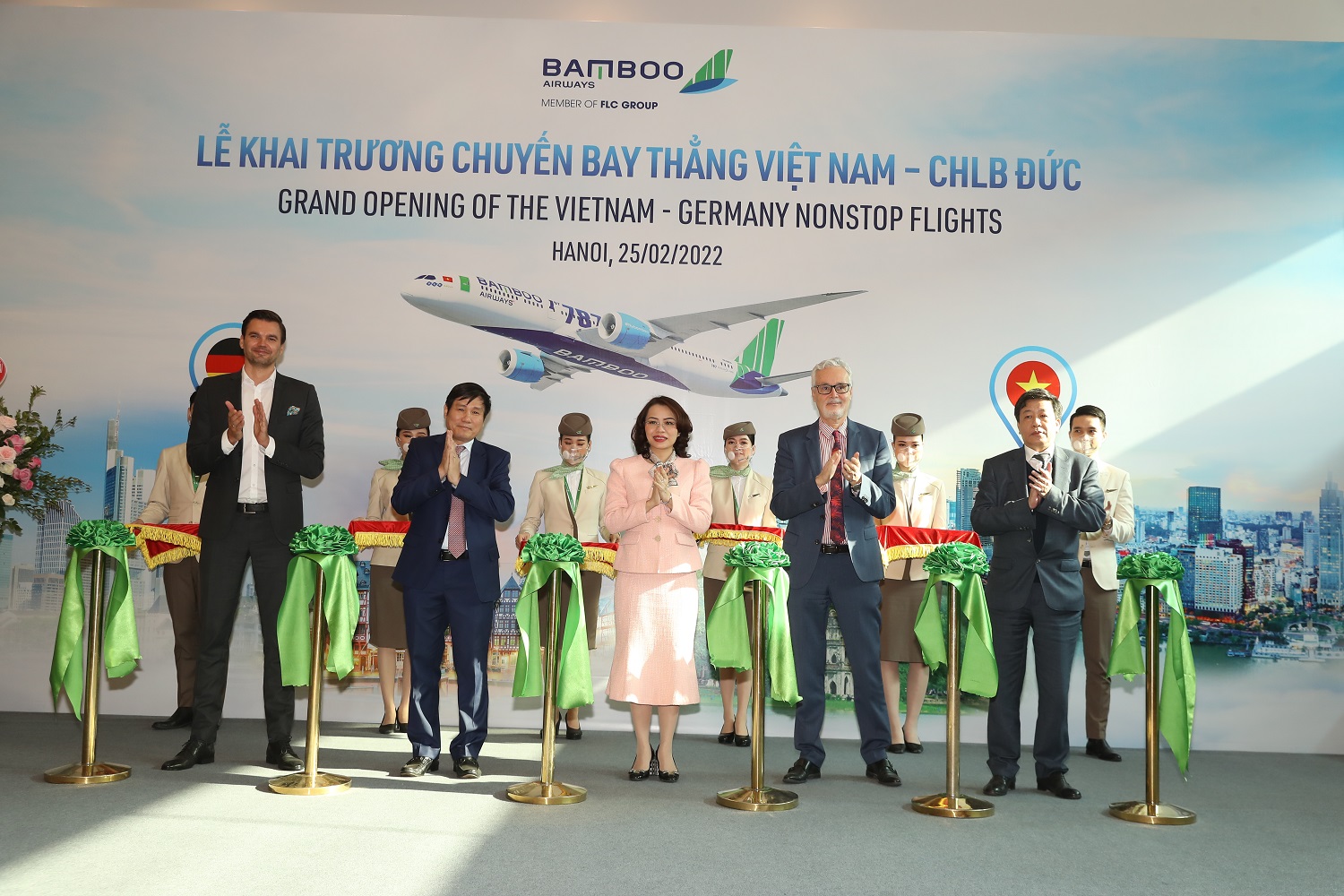 Guido Hildner, Ambassador of the Federal Republic of Germany to Vietnam praised Bamboo Airways’ nonstop route to be of great significance in bridging Asia and Europe, thereby promoting further development between Vietnam and Germany.

As one of Europe’s largest airports, Frankfurt Airport (Germany) covers more than 300 destinations in 5 continents, making it the airport with the most direct routes in the world. 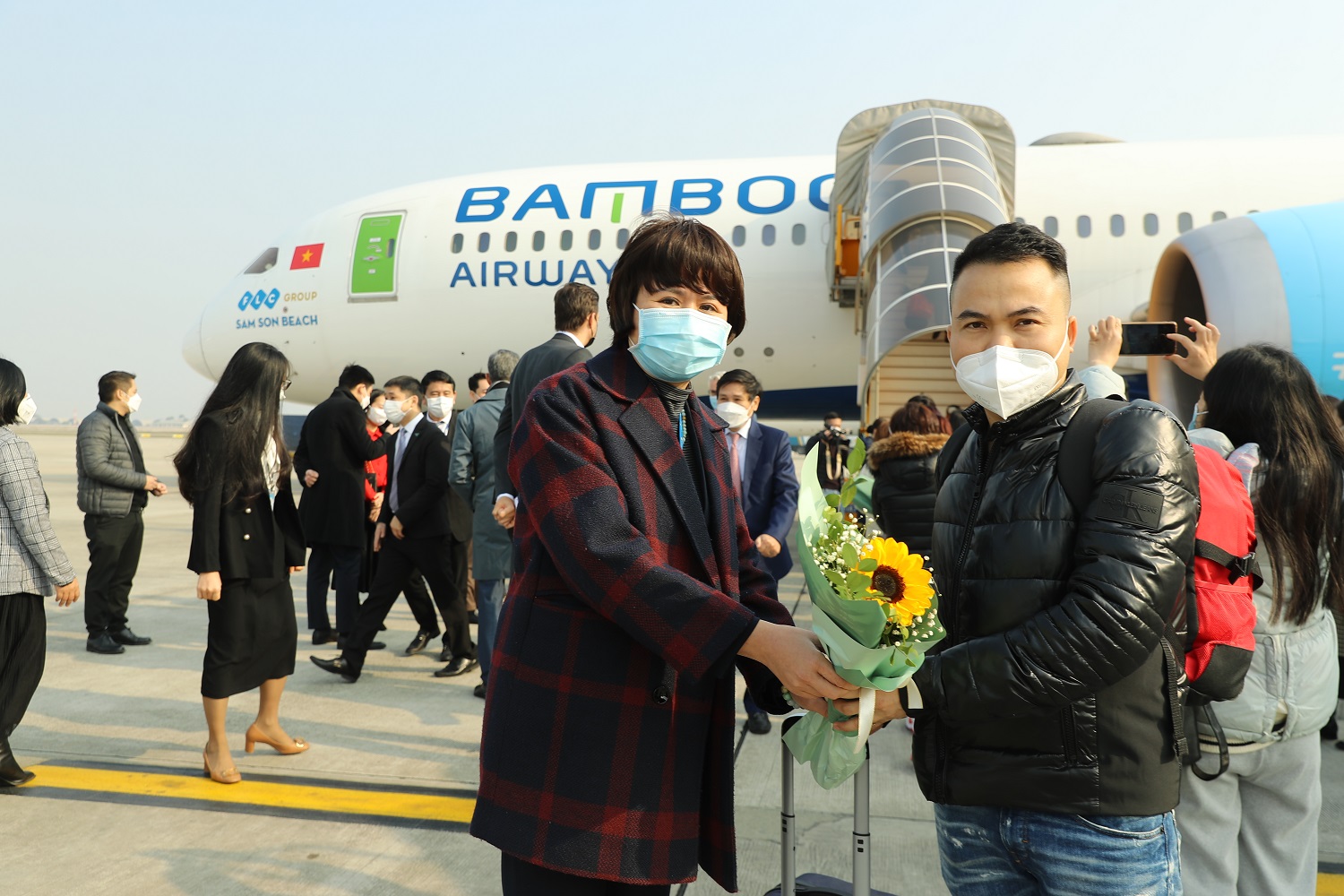 Following the route connecting Hanoi and Frankfurt, Bamboo Airways sets to expand its network to many economic centers of Germany such as Berlin, Munich, etc.

Regular nonstop routes to Germany will be an important premise for Bamboo Airways to develop regular nonstop flights to European countries in the future and to connect Europe with countries in Asia, Southeast Asia, etc., through Vietnam as a transport hub. 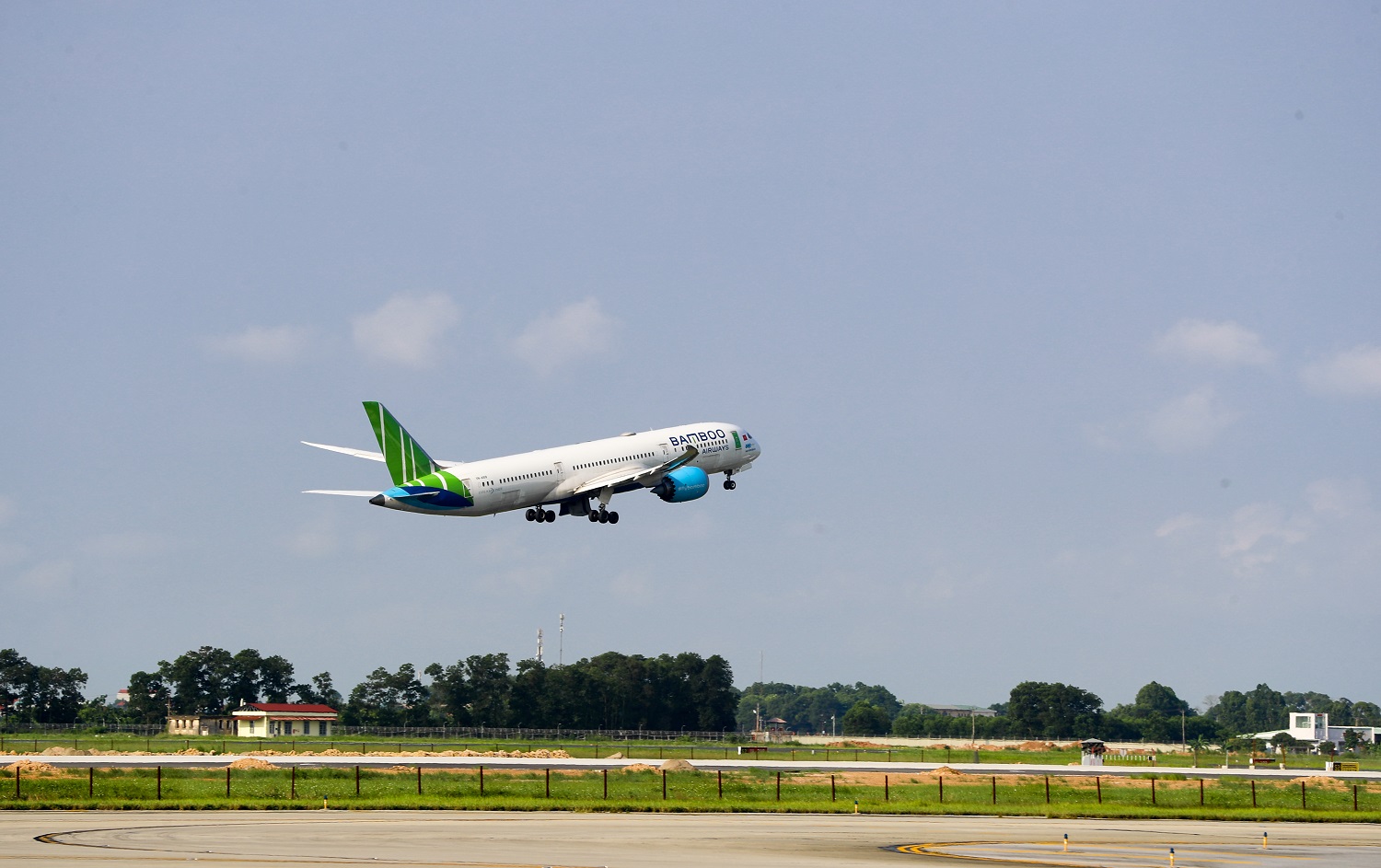 The operation of the Vietnam – Germany route is a part of Bamboo Airways’ international expansion roadmap since its establishment. Based on the constrained pandemic and air travel reopening of the government and relevant authorities, Bamboo has actively prepared for the resumption and increase of international flights from the beginning of 2022.

As for routes to Northeast Asia, Bamboo is currently operating Hanoi – Narita, Hanoi – Taipei (Taiwan, China), and Hanoi – Incheon (Korea). Bamboo is also planning to launch HCM City – Singapore route this March and to many other Southeast Asian countries in summer 2022.

As for European routes, adding to the current HCM City – Melbourne (Australia), Bamboo Airways is also gearing up the operation of Hanoi – London (UK) in March 2022, HCM City – Frankfurt, and Hanoi/HCM City – Munich (Germany) in the coming time.

As global aviation is assessed to strongly rebound this year, Bamboo Airways is targeting an expansive network of nearly 40 international routes.