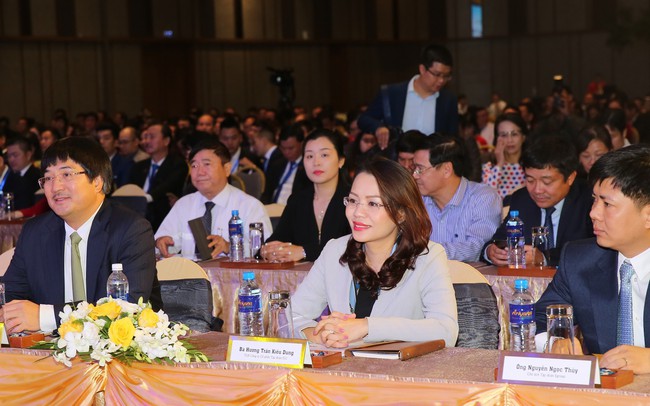 Giving his speech to 1,000 entrepreneurs in the Forum, Deputy Prime Minister Trinh Dinh Dung affirmed Vietnam has gained great achievements after more than 30 years of renovation, developing from a laggard agricultural country to a middle-income country, becoming a hot investment destination in the Asia-Pacific region. Vietnam’s GDP reached 6.98% in the first nine months of 2019, the highest growth rate in recent years.

This achievement has attributed to the significant contribution of the business sector with important corporate decisions. 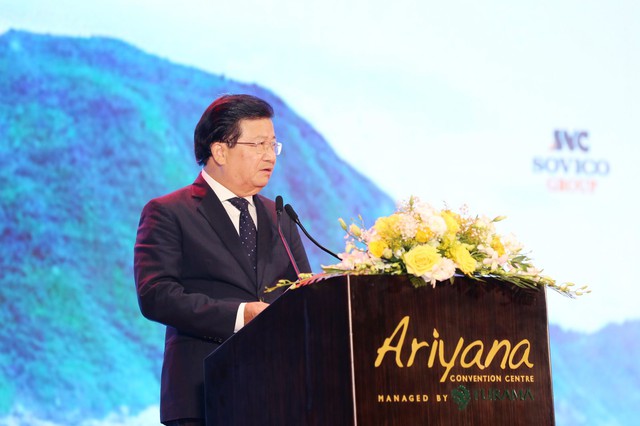 However, according to the Deputy Prime Minister, Vietnamese enterprises are still facing many difficulties due to their small size, low competitiveness, unattractive business environment and especially “administrative reforms which haven’t sufficiently met the needs of businesses and people”.

“The Government will seek for opinions of businesses to make appropriate changes, helping to improve their competitiveness,” the Deputy Prime Minister stressed. He also expressed his desire that the business sector would further nourish their thirst for growth, pursuing prosperity with intelligence, bravery, experience and willingness to learn from global achievements and innovations.

Also in the Event, participants discussed about opportunities, challenges and strategies for Vietnamese corporations with a vision to 2045.

Answering the question of how Vietnam’s corporations can be a pillar of socio-economic development, creating miracles like in Japan and South Korea, Ms. Huong Tran Kieu Dung, Vice Chairwoman and General Director of FLC Group stressed the corporate spirit will be the prerequisite.

Recalling Sony’s startup story amid the devastation and ruin in Japanese after World War II, she cited the message of Mr. Masaru Ibuka – one of the two founders of Sony at its Anniversary Ceremony in 1946, which is: “It is essential to use technology power to contribute to the country’s economic revival,”

Ceaselessly pursuing this mission, Sony, in just a few decades, has become a world leader in providing household electrical appliances, and products under Sony brand are regarded as a symbol of high-quality industrial goods.

Similarly, Mr. Chung Ju Yung – the founder of Huyndai – made a very impressive statement: “Huyndai is not a group of aggregators, but the people who play the leading role in developing national economy,”

“It was the corporate spirit, national pride and great desire to develop the national economy that has contributed to creating miracles seen in Japan and Korea,” emphasized General Director of FLC Group.

Talking more about the “corporate spirit “, she said it was not an abstract concept which however needed to be expressed by specific and direct actions, from production and business activities to corporate responsibility to community.

Enterprises need to preserve and promote their independence and self-reliance during their development. They are encouraged to take risk, pioneer to choose different paths, constantly innovate and integrate to improve competitiveness and ultimately take Vietnam farther in the global value chain.

“As Chairman Trinh Van Quyet has emphasized many times, FLC Group’s passionate and enthusiastic to contribute to sustainably developing Vietnam’s tourism industry, in line with the orientation of the Government and the Party, which is to develop tourism into a spearhead economic sector. Vietnam needs to become a tourism power, on par with countries like Thailand or Singapore,” stressed Ms. Huong Tran Kieu Dung. She also affirmed this was one of the specific tasks to be done to make Vietnam a high-income country with strong development by 2045 as targeted by the Prime Minister.

In the region, Thailand isn’t favored with potential landscape and heritage as Vietnam; however, its tourism is contributing about 20%of the country’s GDP, or compared to only about 7 – 8% in Vietnam. Vietnam’s tourism industry is in great need of cooperation and participation of the whole society, especially enterprises with a long-term and large-scale investment orientation in this field. 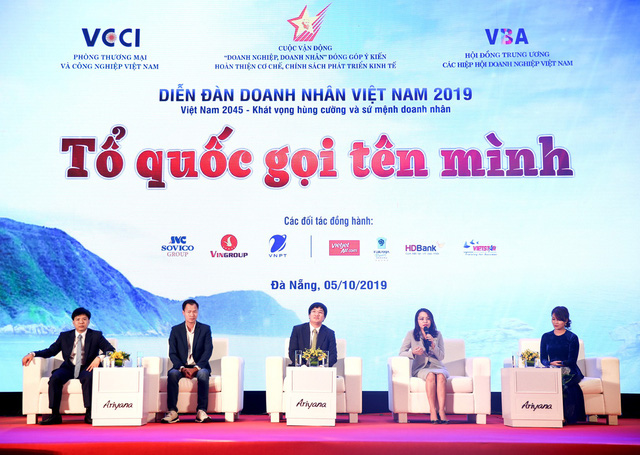 Sharing the same view of the “corporate spirit”, Mr. Nguyen Ngoc Thuy – Chairman of Egroup said, if the entrepreneurial spirit was inspired among young generations, the fighting spirit was nourished like in wartime, it would be a tremendous synergy formed by over 100 million people.

“We have a strong entrepreneurial spirit. If business assets were lands and factories only in the past, they are now intelligence and human resources. It is necessary to spread out patriotism, passion, ambition as well as Industry 4.0 or the globalization trend among young people and entrepreneurs.

We expect the Government to take concrete and strong actions to create a good legal corridor. Accordingly, the entrepreneurial spirit will be further promoted. We need appropriate measures to connect pioneering businesses with followers to reduce failure in startup, making Vietnam a startup country, thereby changing the country’s position in the world,” Mr. Nguyen Ngoc Thuy said.